Have you heard any good Lakers trade rumors lately? I’m assuming yes and one of them includes the guy above sinking 15 deeeep threes in a row.

Have you heard any good NBA players dating celebs rumors lately? If you  have it probably also includes Jordan Clarkson, who is known to date models and is part of a trade rumor that includes him and Julius Randle going to Indiana (this is going to hurt Clarkson’s selection) for Paul George.

Speaking of Randle, a month ago when pics of him developing abs in three weeks surfaced, I made this “anything is possible in La La Land” joke/image that confused a lot of people. I’ll explain: In 3 weeks, Randle can develop a six pack; In 3 years, Ingram will probably still look like he could use a donation of just 15 cents a day; In 3 days, Clarkson will have a new model/celebrity friend; In (not soon enough time), the Lakers will turn their #2 pick into Paul George. 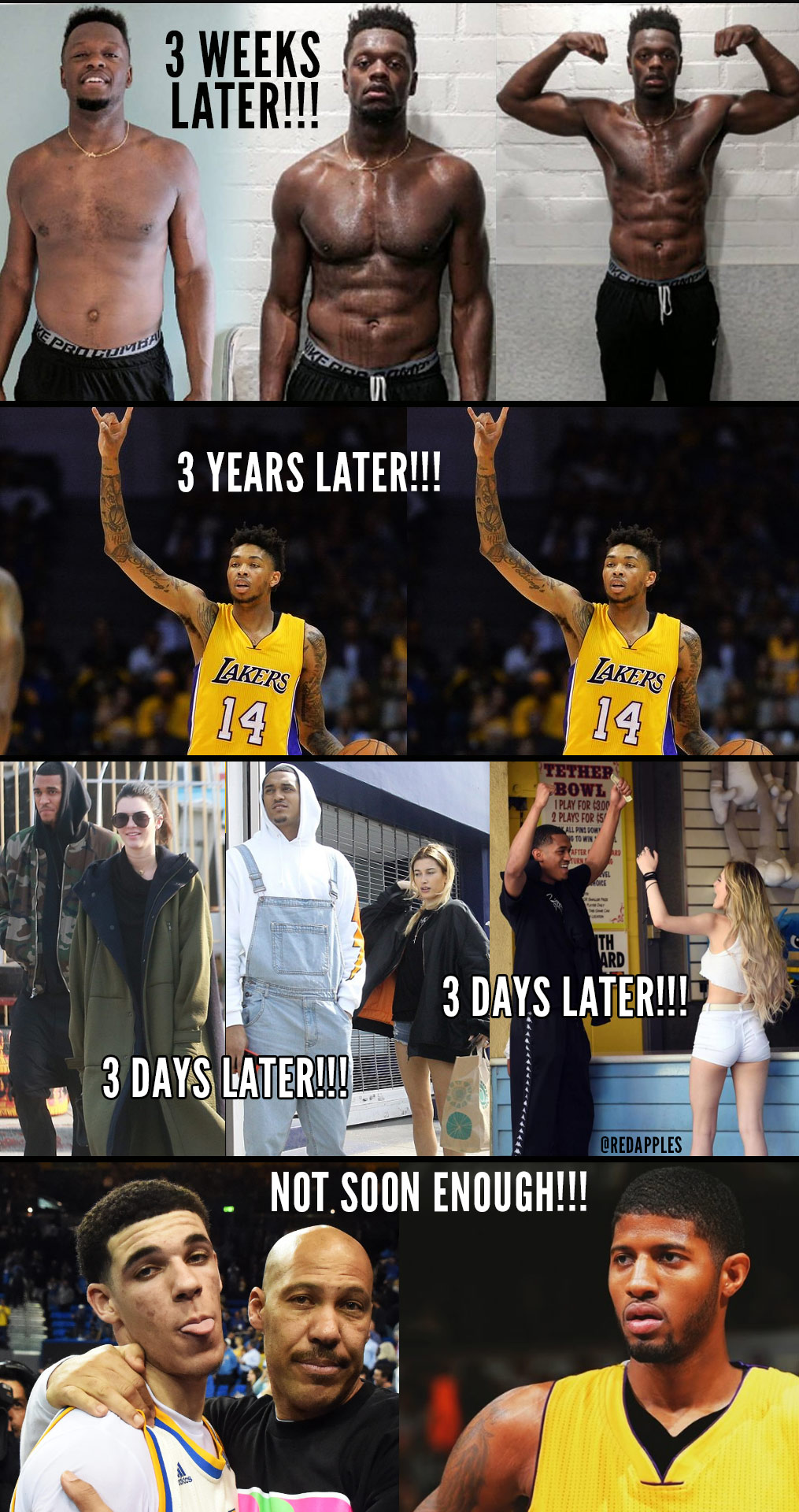 Anyways, the purpose of this post is to brag about Clarkson and show off some of his workouts. Since his contract with the Lakers makes him the third highest paid player on the team, he’s going to be in a lot of trade rumors, but wherever he ends up, he sounds like he’s ready for a big year.

Via The OC Register

Clarkson prefers to start but said he will accept either role without complaint.

“I’m trying to get the best out of my opportunities,” he said.