I’m not sure if Nick Young’s heart is going to make it through 2016. Besides the doom that is marriage, last week, Jordan Clarkson said the new Adidas rep went crazy (in a happy way) after hearing his name dropped in Kanye West’s new Nike diss song and on Sunday, Clarkson gave Swaggy a heart attack when he dunked on the Suns’ Alex Len.

Thankfully Nick was saved by resuscitation and will live another day to rock his Yeezy sneakers during another Lakers win. 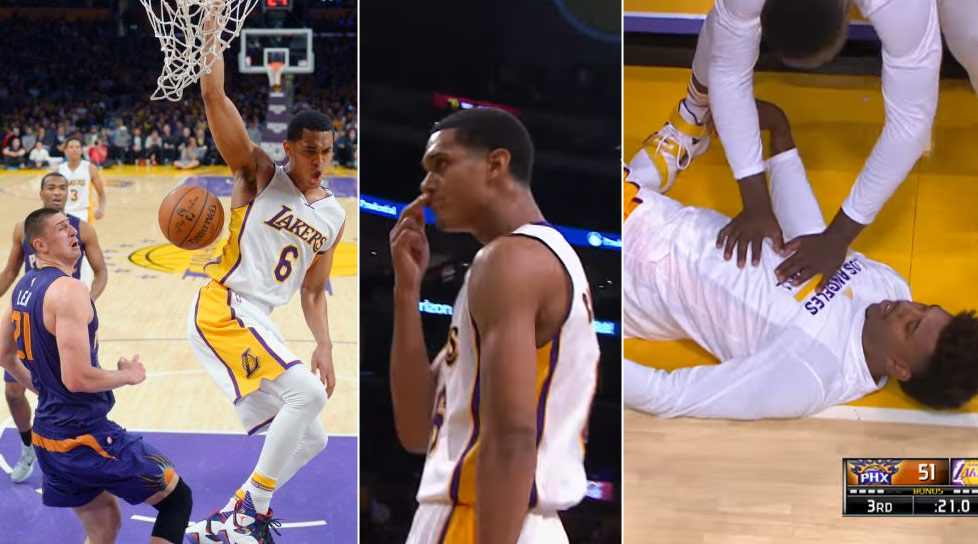 Shout out to LA native Michael “Airdogg” Stewart, who has been the fake heart attack routine in his dunk shows for the past decade.