“He’s not afraid of the moment,” Scott said of rookie Jordan Clarkson after Jordan hit a game-winner in OT vs the 76ers. “You’ve got to like to that.”

Clarkson also scored a game-high 26 points to go with a game-high 11 assists to give him his first career double-double.  Those numbers were also good enough to make him the first Lakers rookie to have a 25/10/5 game since 1967  – putting him on a list with legends Jerry West and Elgin Baylor. 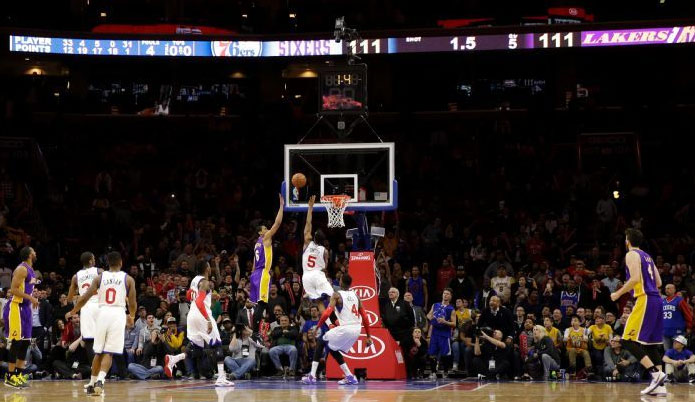