I heard someone call Brandon Knight the MVP and I hate to say it but I agree 100%.  Knight is the “Most Violated Player of All-Time.” As many times as Shawn Bradley has been dunked on or JaVale McGee has appeared on Shaqtin’ a Fool, I can’t think of a player who has ended up on a highlight for plays they would love to forget than Brandon Knight. The real shame about the MVP nomination is Knight’s having a career-season despite being up and down with the Suns. And when I say up and down, I don’t mean bad things happen when he tries to get up (and gets dunked on DeAndre Jordan) or when he ends up down on the ground (from a Kyrie Irving crossover).

On Saturday night, it was Kyrie Irving’s new teammate JR Smith who put Knight on the ground when he crossed Knight so bad that he slid a few feet with his legs up in the air. 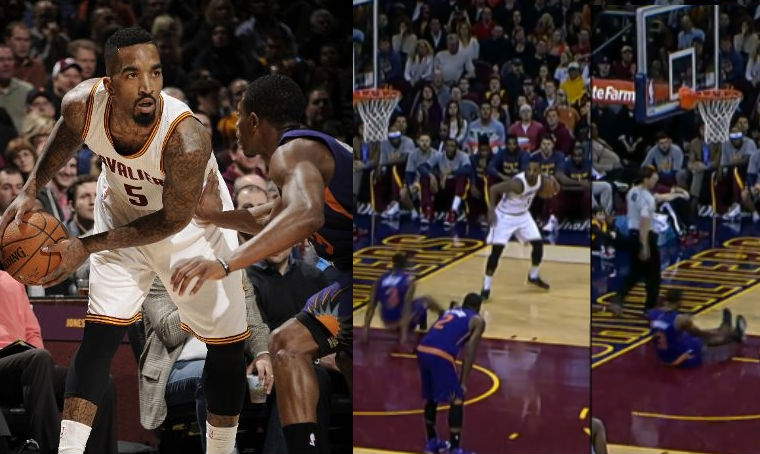