Normally when there’s a half-court shot for a prize scene, you will see a person run, jump forward and launch a shot from his chest with the hopes of even getting near the rim or backboard. That scene was much different on Monday, before the Cavs annual Wine & Gold scrimmage, when JR Smith calmly took and made a jump shot from half-court to win a $30k prize for a military member. If that wasn’t awesome enough, Smith gave the crowd his trademark post 3 celebration. 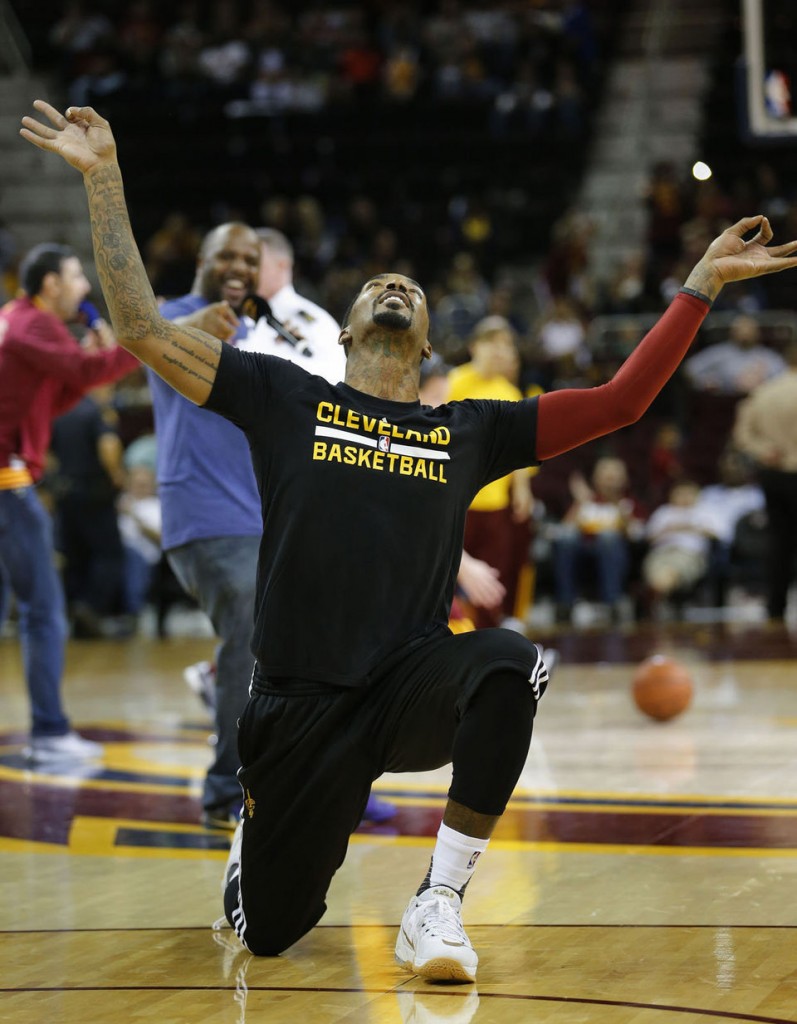 Here’s another video of Smith casually taking and making a half-court jumper.