I initially wanted to use the phrase “ankle-breaker” when describing this play but I refuse to use the word “break” and Paul George in the same sentence again, unless something actually literally breaks on Paul George. Some might not even consider this play by JR Smith an ankle-breaker anyways since Smith and George made upper body contact, but I wouldn’t call it a push-off either.  Let’s just say JR Smith hit Paul George with a nasty step back move that had George looking like he was on the box of a Slip n’ Slide and then pulled up for a smooth jumper.

Although PG13’s ego might have been hurt for a sec, don’t feel bad for him.  So far in the preseason, George has been on fire and on Thursday night he had 17 points and 8 rebounds in 27 minutes as the Pacers whooped the Cavs 107-85.

Smith had 10 points and a starter team-high of 5 assists in 24 minutes.

If you want to see JR break a defender’s ankles and put them on a slip n’ slide without any contact then check out this throwback clip from 2014. 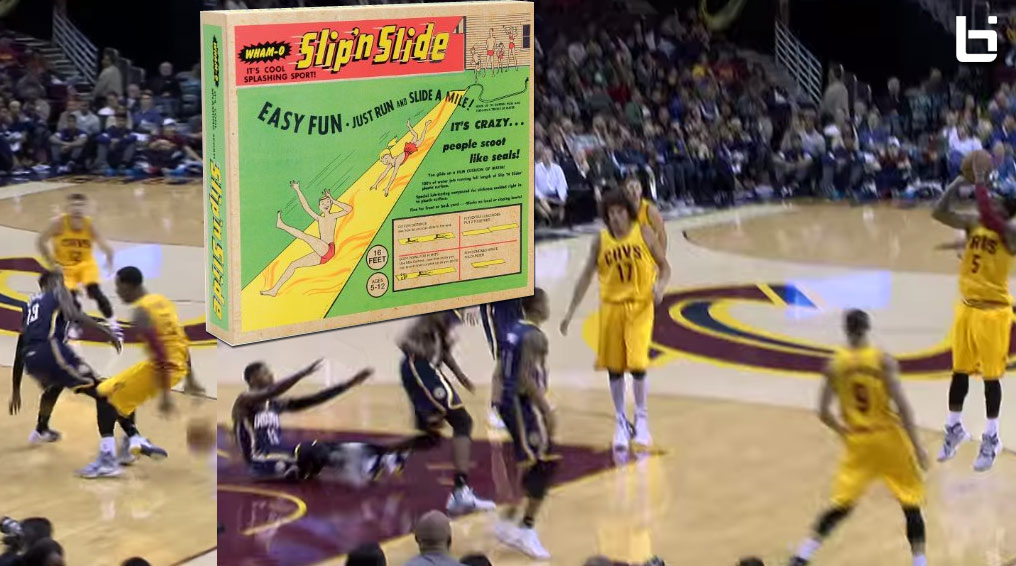