I’ll bet you my JR Smith autographed rookie card that Steph Curry or the Warriors organization will give this kid some kicks or tix to a future Warriors’ event.

The kid i’m talking about is the kid in the video above who refused to take off his Warriors shirt (he wore a GSW shirt to the Cavs Wine & Gold Scrimmage?!) even if it meant passing on JR Smith’s sneakers. Since the little member of Dub Nation refused, Smith refused to give him the shoes and ended up giving them to a kid wearing some Cavs gear.

Shout out to the little Warriors’ fan for being so loyal and shout out to JR Smith who was in a pretty giving mood last night. Besides making a (Cleveland) kid happy with his shoes, he hit a half court shot that won a Military member a $30k prize. 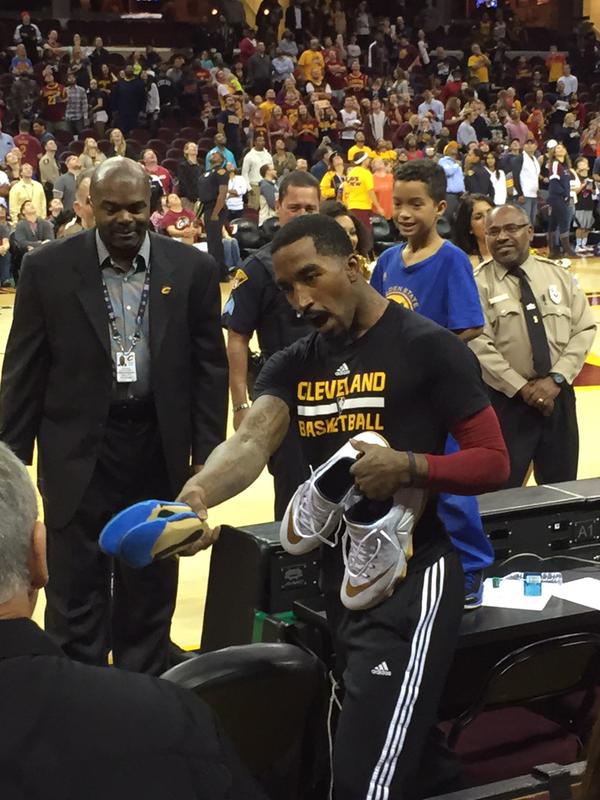