Last week, Phil Jackson was asked about “trying to get through to JR Smith” and the Zen Master replied by bringing up one of his former students.

“I don’t know if that’s possible or not. He might be one of those guys that’s a little bit like Dennis Rodman that has an outlier kind of side to him. But I’m gonna get to know him as we go along, and we’ll find a way to either make him a very useful player on our organization, or whatever.”

Yesterday at the Knicks training camp, which is being held at West Point, Smith was asked about the Jackson quote and he felt it was an honor to be put in the same sentence as the Hall of Famer.

“Last time I checked Dennis Rodman’s got what three, four rings?” Smith said Tuesday about the Worm, who actually won five NBA titles with the Pistons and Jackson’s Bulls during his career. “I’m not offended by that. It’s an honor. He’s a Hall of Famer. And to be put in the same words as a Hall of Famer is something special. So I’m not offended at all.”

I wouldn’t be offended at all either. Rodman is mainly remembered for just being a rebounder/defender on the court and for dressing in drag and having meltdowns off the court but Rodman could have been a legit scorer and double double machine if he and the coaches wanted him to play that role.

Take a look at a few of these games from his early Detroit days.

Smith also had some other amusing things to say yesterday about being in the Military.

“I definitely don’t think I could do it. Wake up at 5 a.m., go to sleep at 6 p.m. I don’t think that works with my schedule. That is a different lifestyle.’’ 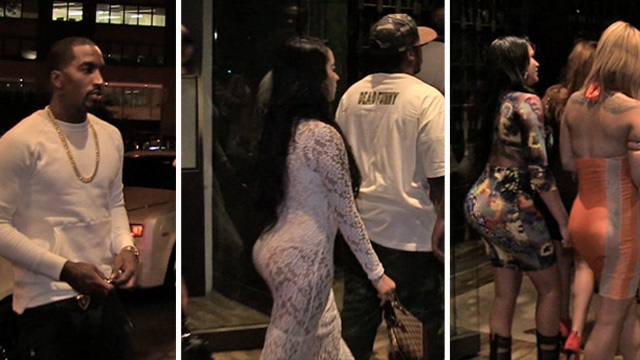 YEP! He also had an amusing thing to say about the security.