The Lakers Larry Nance Jr wasn’t even born yet when his father posterized the Lakers Kareem Abdul Jabbar, won the NBA dunk contest and was making posters (What’s up Barkley!) on forwards on a nightly basis. Nance Jr wasn’t even born when Michael Jordan did the famous shrug in the 1992 playoffs but on Saturday night the 22 year old rookie honored both of them with a poster dunk on the Warriors’ Festus Ezeli. The dunk was so nasty that the game was called!  Actually, it wasn’t called because of the dunk but it was called because of moisture (Festus’ tears?) on the floor.

If the dunk and shrug wasn’t awesome enough, the Warriors bench had a great reaction to the dunk, the Lakers got the W and Nance had a nice line with 8 points, 2 rebounds, 2 steals and 1 3-pointer in 12 minutes. He also got to back up a tweet he made (no, no, not that tweet!) when he gave a confirmation that he would be dunking on someone on this year. 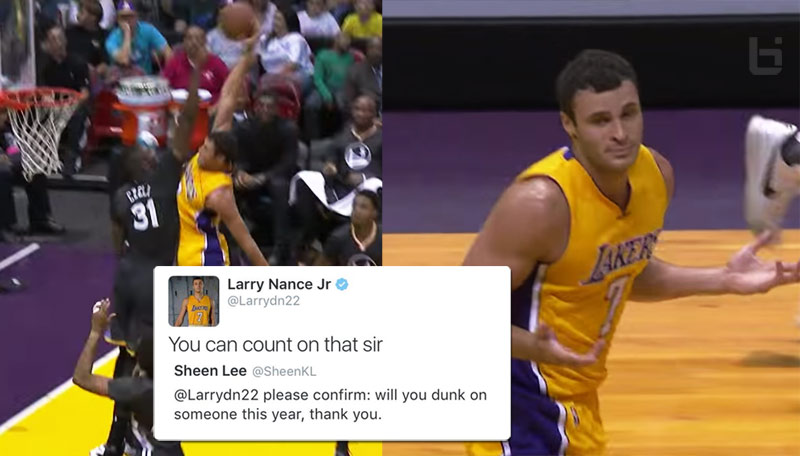 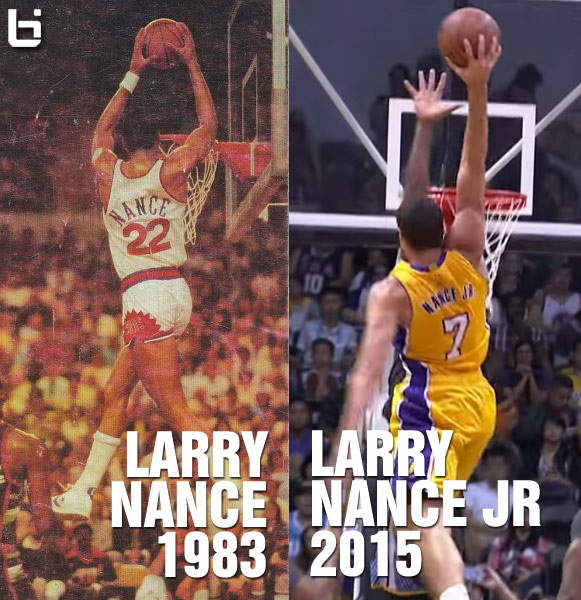