The score was 38-33 at halftime and it was the University of Buffalo that was leading over the #1 ranked Wildcats and the highlight of the game so far was UK’s Willie Cauley Stein getting dunked on by Justin Moss.

“It was good for someone to come out and finally hit us in the mouth and show what we were about,” said Tyler Ulis who made 4 of 5 3-pointers. “We’re going to fight to the end and play hard no matter what. We knew we had to execute to win.”

Then came the 2nd half which started off with a 9-0 run by Kentucky and ended with the Wildcats winning by 19.

Both of the Harrison Twins struggled with Aaron going for 8 and Andrew 3 but Trey Lyles, Devin Booker and Tyler Ulis all scored in double figures off the bench.

But the best image of the game came when Air Force Sgt James Allegrezza got to surprise his wife and kids after a video greeting was played. 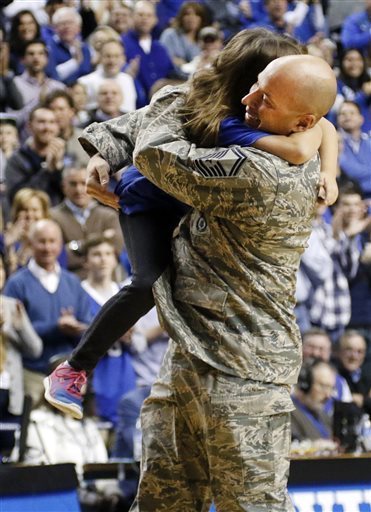 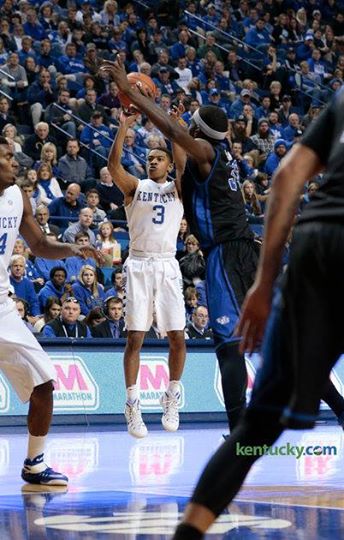 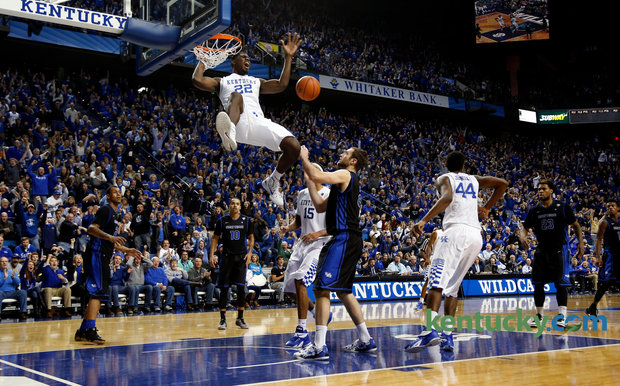