Chicago’s very own Kanye West performed a clean version of his song ‘All Day’ during a 1st quarter time-out in GM4 between the Bulls and Cavs.  LeBron ended the game by saying ‘all day’ with a game-winning shot at the buzzer.

The reason why I mentioned it was the clean version is because back in February Kanye performed an uncut version of the song at the BRIT awards and it drew a lot of controversy, especially from music legend Lionel Richie who didn’t care for the number of times West said the N-word in the song.

As offended as Richie was, it wasn’t as offensive as the rumor Kanye scored 106 points against a wheelchair basketball team last summer. Seriously that was a rumor. 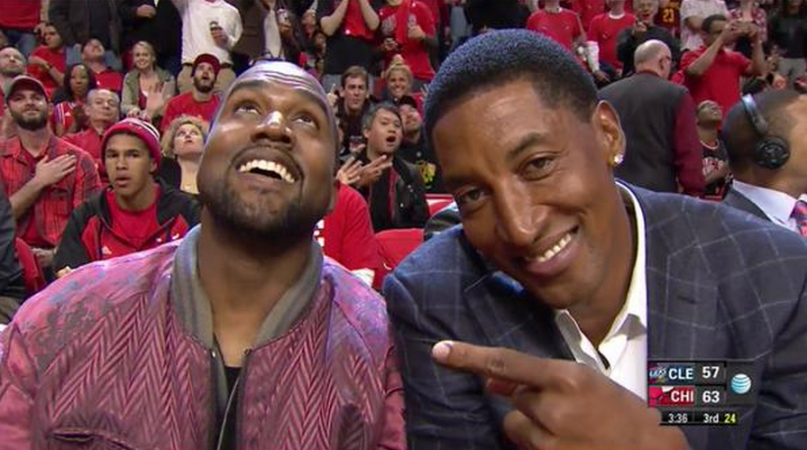 Nobody can tell me where I’m headin’
But I feel like Michael Jordan, Scottie Pippen at my weddin’

As soon as Kanye saw the camera he went right back to being serious looking. 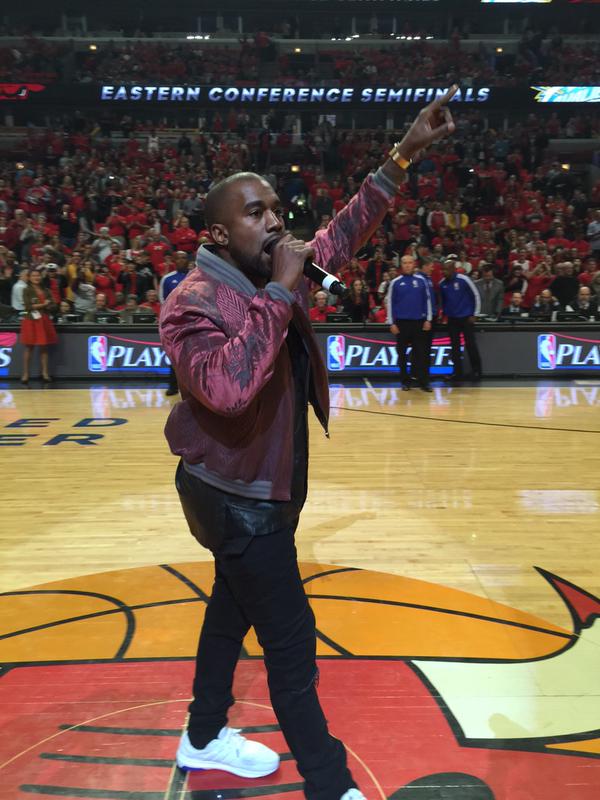