“For Kristaps to block seven shots, he took away seven opportunities for the other team to score,” Knicks coach Derek Fisher said. “That’s more important than him making one more basket. Our guys are continuing to embrace the fact that your stat line won’t make the difference every night. It’s really about the Knicks winning the game.”

After the game, the #1 pick also complimented Kristaps.

“(Porzingis) is talented,” Towns said. “He proved it again. He’s very talented. He’s a versatile player. I can’t wait to be playing against him for the next 20 years plus.” 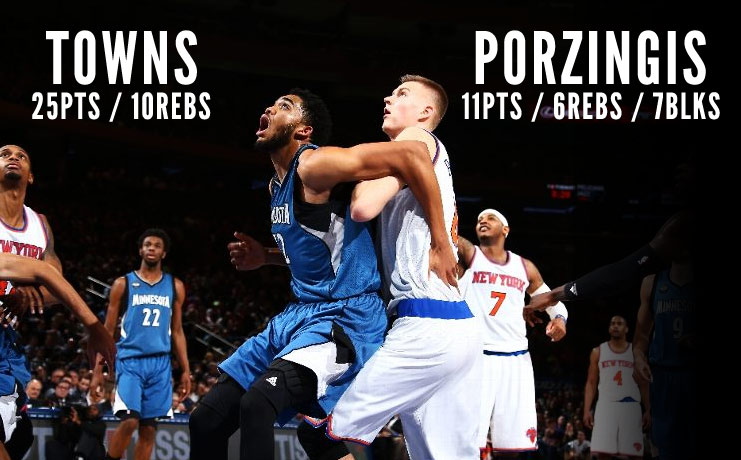