This week during Summer League scrimmage, Karl-Anthony Towns casually did a between the legs dunk. http://t.co/EAR4rKdf3r

If you thought the Timberwolves put on a show at last summer’s scrimmage with Bounce Bros Zach LaVine and Andrew Wiggins, along with Glenn Robinson III and Shabazz Muhammad, now they they have #1 pick Karl-Anthony Towns and Adreian Payne to add to the highlights.

Here’s a few dunk from this year’s Summer Showcase with Towns and LaVine stealing the show in front of a crowd of 15,000 with their between the legs dunks.

“I think I surprised a lot of them. They didn’t expect that kind of athleticism from me,” Towns said. “I don’t think I’ll be taking Zach in any Sprite Slam Dunk contests, but I’ll definitely try to give him a run for his money.”

Towns might not be taking the title of dunk champ from Zach LaVine but he will be going for the title of rookie of the year. In 24 minutes during the scrimmage game, Towns racked up 24 points (10-14 fg) and 15 rebounds.

Lavine led all scorers with 25 points.

“We’ve got a nice young core,” Wiggins said. “In the next couple years, we’re going to be a serious team.” 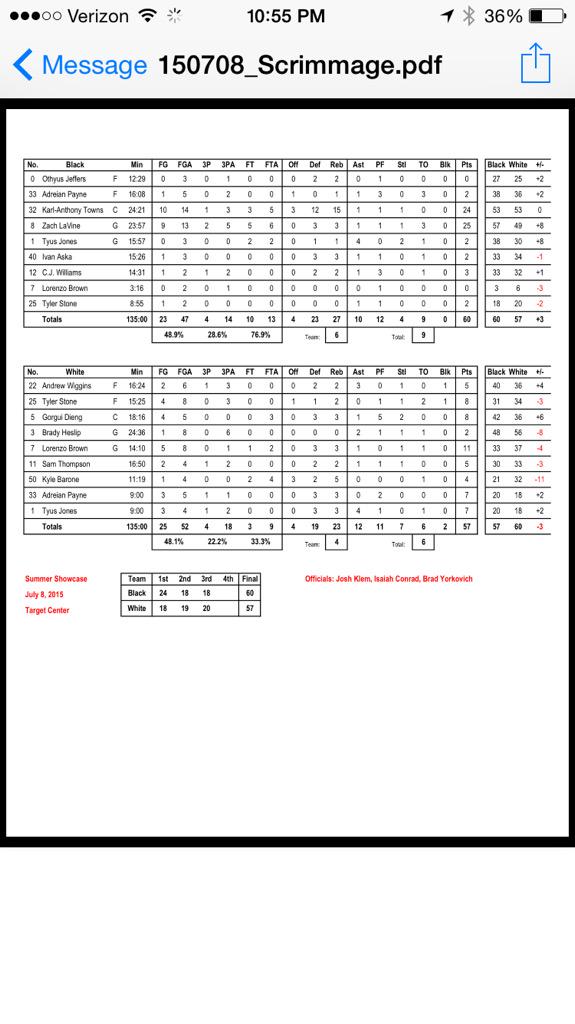