“I’m just doing whatever it takes to help the team win the game,” Leonard said.

The NBA Defensive Player of the Year scored a playoff career-high 32 points on Friday as the Spurs gave the Clippers a 100-73 beatdown and took control of the series 2-1.

“He has really progressed by leaps and bounds on both ends of the floor,” San Antonio coach Gregg Popovich said of Kawhi Leonard. “He’s turned into a fine offensive player, as well as a defensive player. He’s not a one-trick pony kind of guy. He’s something else.”

That something was contagious as the entire team played like defensive player of the year winners. They held the Clips to a franchise playoff low 73 points and just 11 in the 3rd quarter which is a season low.

Leonard also had the highlight of the night when he skied for an alley-oop dunk over Blake Griffin.

“He continues to impress me every time he’s out there,” said Tim Duncan who only had 4 points. “He can put on a show like that in a situation like this. It’s not only great for us, but it’s impressive to watch.” 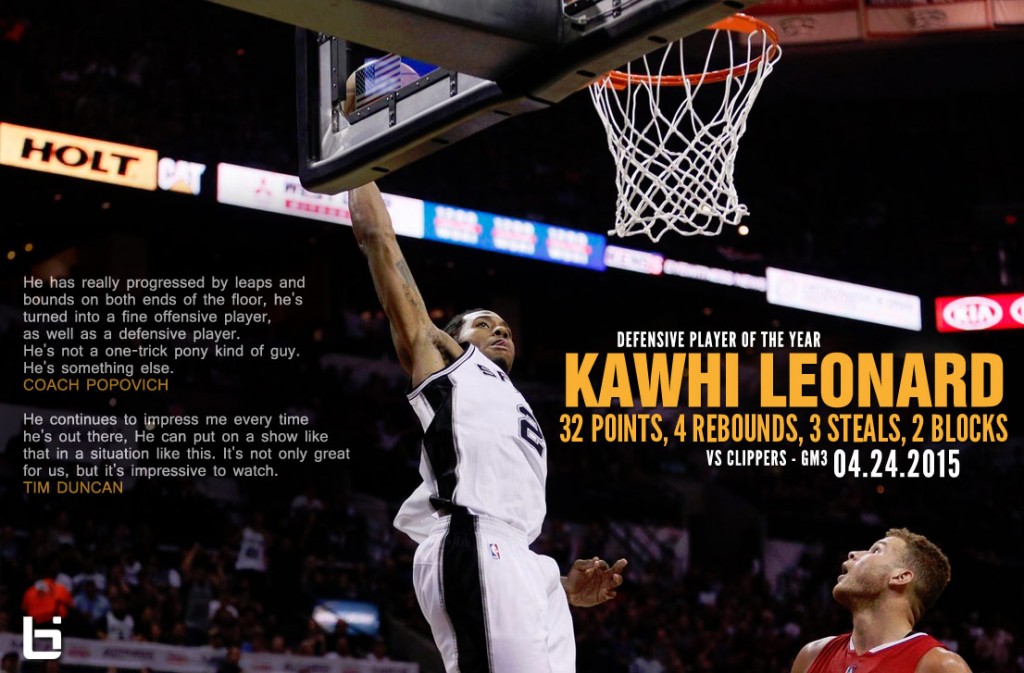