Last night against the Bulls, Kemba broke the ankle of Nikola Mirotic and there’s no excuses: teammates’ foot, screen, slippery spot, act of God, whatever!

It was just an act of a player with sick handles dropping a defender with a crossover and then hitting a 3-pointer. The play was so sick that the God of basketball, Michael Jordan, even had to laugh about it.

I’m sure MJ also enjoyed watching Kemba go off for 17 points in that 3rd quarter but didn’t care to see Mirotic get his revenge in the 4th, when he scored 9 of his 11 points, including a big 3-pointer of his own. 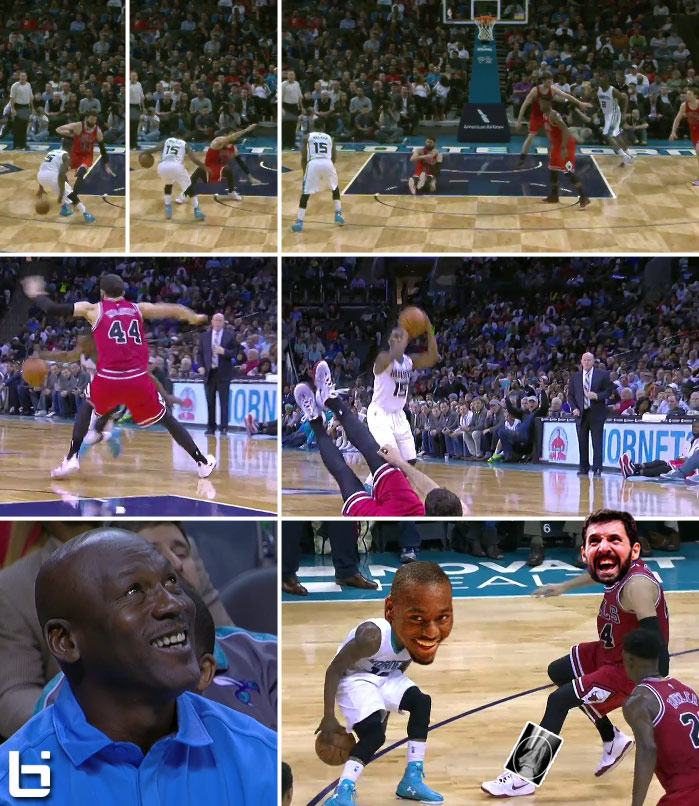