“I don’t know how that ball went it,” Walker said laughing about his ridiculous game-winner against the Pelicans on Wednesday night. “It was so awkward because the angle was super awkward. I just got it up and was fortunate it went in. It’s always a great feeling to make shots like that.”

Shots that his teammates now expect him from him.

“As soon as we get in those situations, they’re like, `Kemba, win the game,” Walker said. “When you have a bunch of guys that have that much confidence in you, of course you want to take that shot.”

The shot was also his 3rd game-winner of the season.

“He drove the lane and I defended as best I could,” said Jrue Holiday. “He just made the shot.” 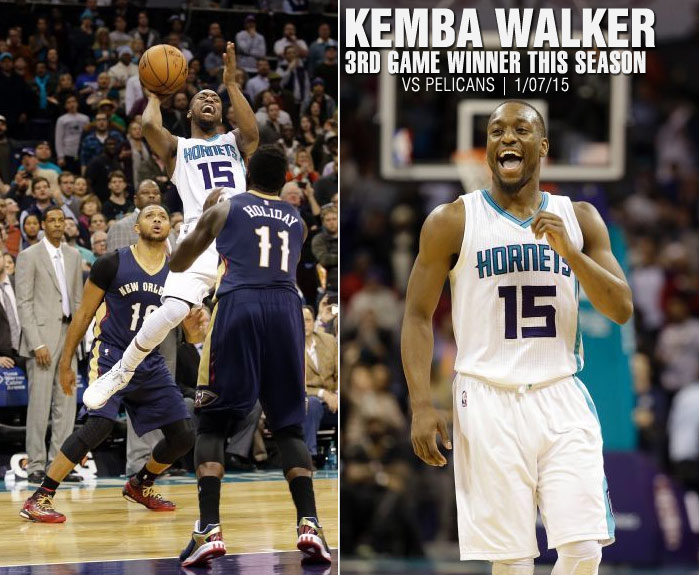