I’m not sure what I would like to see more: Kendrick Lamar destroy Drake in a rap battle or Kendrick Perkins destroy Drake in a real battle. Neither is going to happen but Drake has a better chance of embarrassing Kung Fu Kenny on a stage than winning a fight with the grumpiest and meanest looking player in the NBA.

The “beef” between the two started during halftime of the Cavs wild Game 1 win against the Raptors and continued after the game.

“I was fucking with Serge, my old teammate.” Perkins said. “I wasn’t talking to [Drake].”

“What happened was I was talking to my old teammate Serge walking into halftime telling him, ‘We about to win this game,’ and Drake butted in talking shit to me. So I said something back to him.”

This went all the way into the tunnel, with Drake calling Perkins a “fucking pussy” and calling for him to come out. “I’m here in real life,” he said. He was mad.

In the video, you can hear Perkins hilariously yelling “Don’t fuck with me” and “I’m super (sonic?) nigga” to Drake while the rapper repeatedly tells the Cavaliers’ security “I never said that shit.”

It sounds like Drake, who called Kelly Oubre a “bum” and trash-talked John Wall throughout the first round, isn’t taking Perkins very seriously and is trying to make light of the situation. That’s fine behind security and keyboards, but I highly recommend Drake not step over the line with him outside of an arena (see Perkins Fights below).

“I’m fine. What’s he going to do?” Said Perkins when security asked him if wanted to be escorted to the team bus. 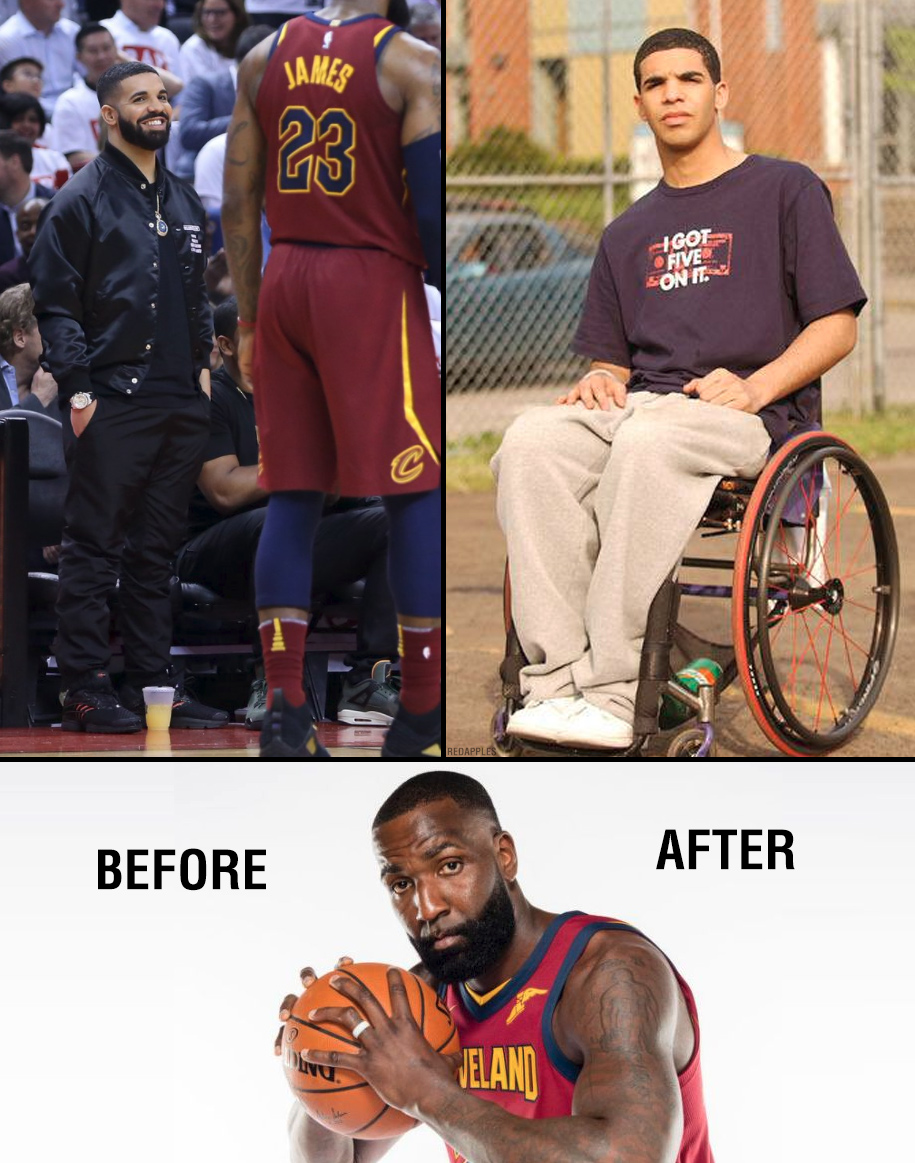 I have some beef with Perkins too. Back in 2011, I was excited about a charity game Kendrick was putting on near Houston, TX. The game was going to feature Kevin Durant, James Harden, Rajon Rondo and a few other NBA stars. But two nights before the event, he gets arrested for trying to fight the manager of a club. The arrest and him having a seizure after the fight resulted in the cancellation of the charity game I was so excited about attending.

Here’s a few more amusing videos of Perkins pissing off people and Shaq talking about his “twitter beef” with “the Great Kendrick Perkins.”