The Dunk Inventor Kenny Dobbs is back! You probably haven’t heard his name much in the past year as he was recovering from knee surgery but the dunker who has given us more youtube views than any other dunker in the world showed this past weekend that his knee is feeling good and he’s ready to start taking over the dunk game again.

On Saturday, Dobbs participated and won the Nike 3-on-3 dunk contest in LA and then then competed the very next day in the Drew League contest.  He lost the Drew contest to Michael Purdie but did come away with the most memorable dunk of the night when he did a windmill over new Clipper Paul Pierce. 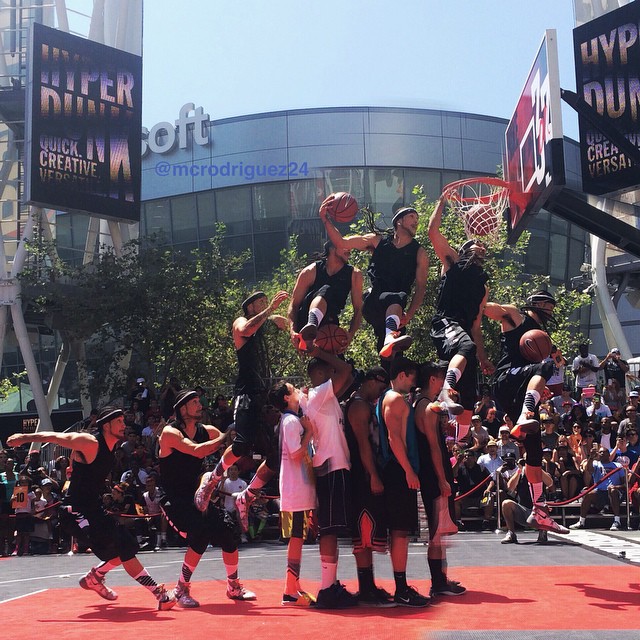