It might have been Drake night in Toronto (what’s up with the cheap looking Drake shirts they gave the fans) but visiting Kevin Durant could not care less.

After dropping 30 in a win over the Raptors and getting bumped by the rapper – wearing an awesome Doris Burke “Woman Crush Everyday” shirt – during a post game interview, a paranoid KD jokingly said, “I Don’t Give A Damn About No Damn Drake Night!” before walking off.

Although Drake didn’t get much love from KD for his best Spike Lee impersonation throughout the game, he did get a response, via Twitter, from Doris Burke after he blew some kisses and invited her to dinner at his house in a kind of creepy way: “As long as she comes alone.” 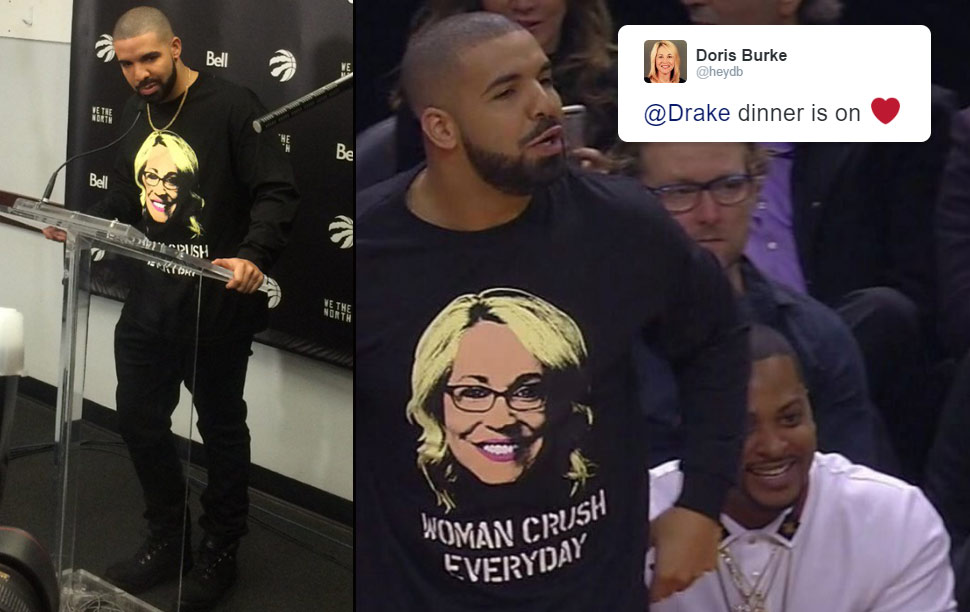 BONUS: KD ON STAGE WITH DRAKE IN OAKLAND