Before Kevin Durant stepped on Mo Speights foot right before the half of the Warriors/Thunder game, I thought we were looking at a 50 point game from KD. Up to that point he had a season-high 30 points on 10 of 13 shooting in just 19 minutes.

Kerr was obviously joking at the fact that KD didn’t play in the 2nd half which ended with another Warriors win behind a game-high 34 from Stephen Curry.

“I wanted to play. I wanted go back out there but we wanted to be cautious,” said Durant who plans on playing tonight against Kobe and the Lakers. 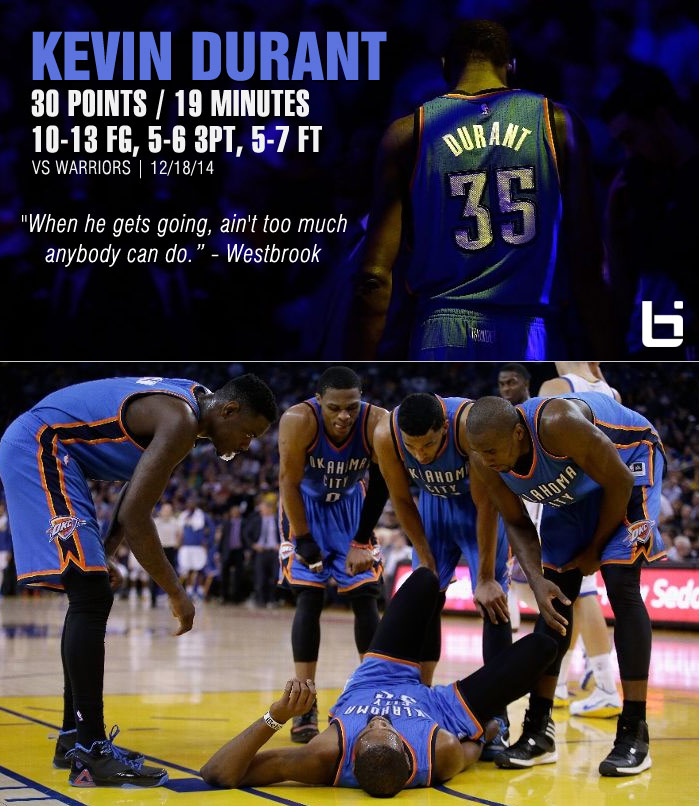