Kevin Durant had 29 first half points against his old team and for some reason his former teammate Enes Kanter, sitting on the bench while his team is down by 23, thought it would be a good idea to talk trash to Durant.

After the game, Durant roasted the center, “How many minutes did he play? 3 minutes! You know, it’s kind of, I’m trying to focus on whoever is on the court and you trying to talk to me from the sideline. You know. But I’m sure he’s going to put something on Twitter.”

KD was sort of right about Kanter on Twitter but the tweet was nothing to get excited about: Okla-HOME.

But don’t take the trash talking too seriously. Once you are a Stache Brother, you are always a Stache brother. 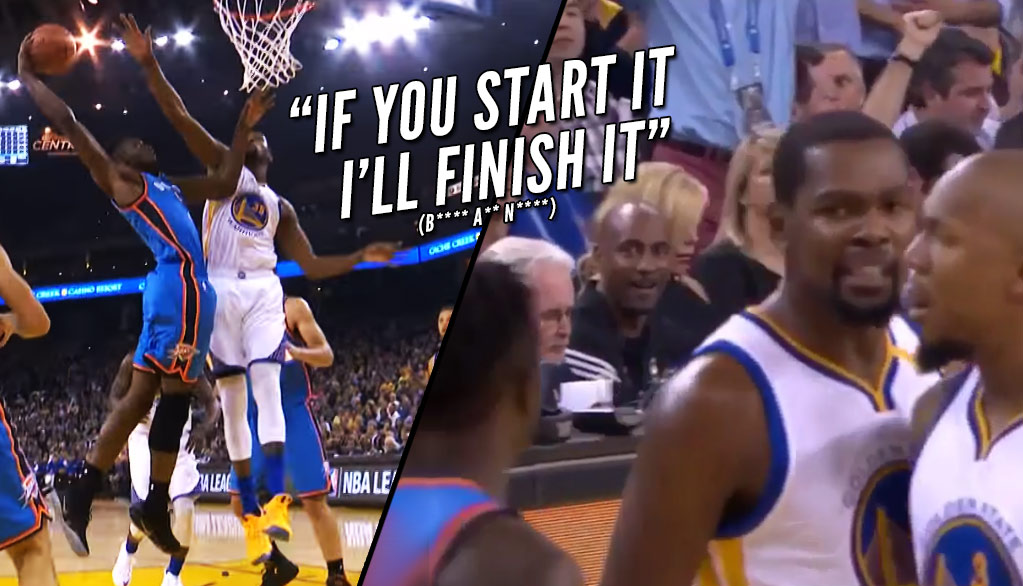