Last night was Kevin Durant’s turn to score 40.  Russell Westbrook dropped 45 & 48 in the past week and last night against the Nuggets, KD connected on 7 of 12 from downtown to give himself 40 – the most since late December when he put up 44 against the Suns.

“Kevin was on fire,” said Coach Brooks. “Everything was falling for him from the 3-point line. And the bigs did a great job setting picks on quite a few of them.”

He was on such fire that he scored 14 points in a 2 minute stretch which included a heat check that made Serge Ibaka do one awkward looking dance.

“My teammates were looking for me. I just tried to finish,” said Durant “I shot some bad shots, but luckily they went in. My teammates kept feeding me. They gave me energy. I looked to the bench, the guys were up cheering for me. That pushed me over the top a little bit.” 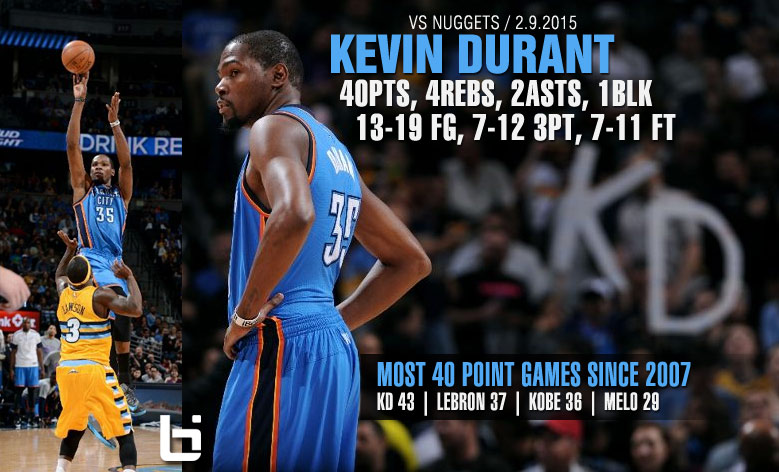