Kevin Durant scored a season-high 44 points, grabbed 14 boards and was clutch against the Knicks on Tuesday night. KD tied the game with 16 seconds left in regulation and scored 7 of OKC’s 15 points in OT as the Thunder went on to win 128-122. 4 of those 7 came on free throws in the final 24 seconds of the game.

KD also had the most exciting play of the game, when he crossed Kristaps Porzingis, dunked and then gave him a scary stare down late in regulation.

After the game, Porzingis, who KD praised by saying he’s “like a unicorn in this league,” had some kind words about Durant.

“I’ve been watching him growing up now the past few years, learning his game,” Kristaps Porzingis said. “He just did what he does. That’s KD.” 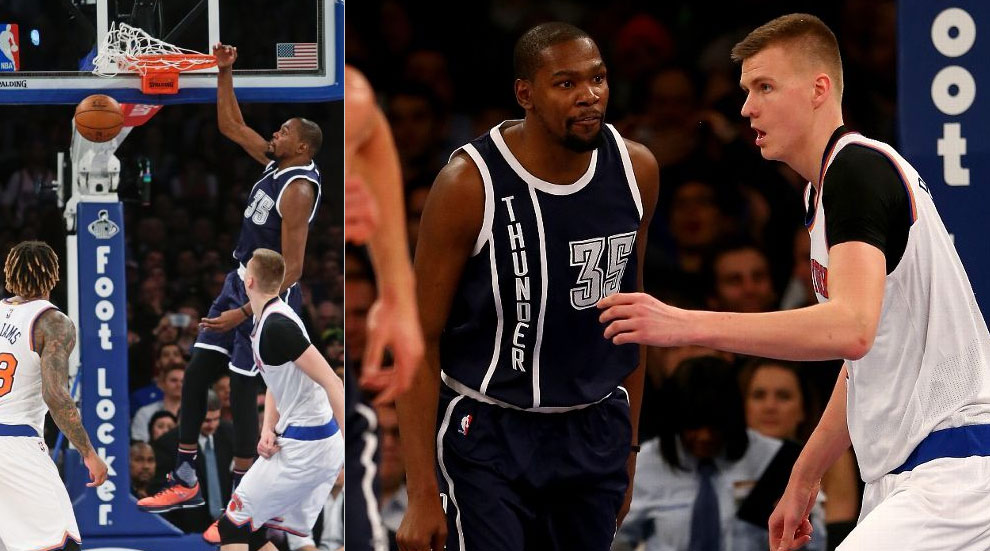