If Kevin Durant didn’t have enough fuel in the tank to play well on Thursday, new Thunder Jerami Grant lit a fire in KD with a first quarter poster.

“I don’t really say much but if you start it, i’ll finish it.” Said a G-rated Durant after the game.

“When you get dunked on like that, as a competitor out there you want to come back and try to make a play and try to ignite your team. He ignited his team with that dunk. I was just trying to do the same throughout the whole game.”

A minute and a half after getting dunked on, Durant scored an and 1 layup on Grant, stared at him and (according to our best lip readers) called him a “Bitch ass nigga, pussy!”

Lip readers, what did Kevin Durant say to Jerami Grant?

Even Joel Embiid agreed with our lip readers. 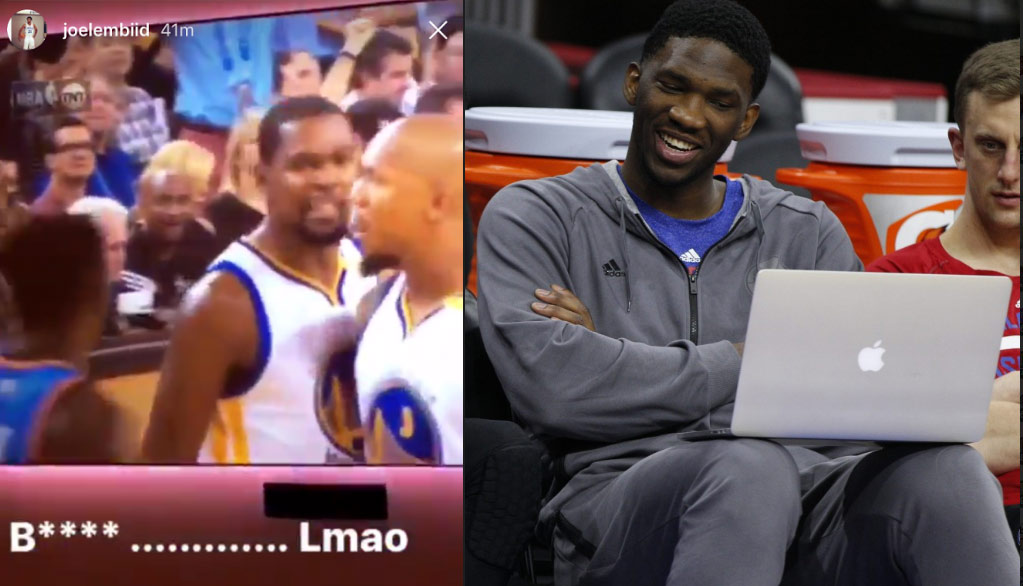 Durant went on to score 39 points (29 in the first half), including a career-high seven 3-pointers, in the 26 point beat down on his former team.

“Did he say a few words to him? Yeah, not a good idea” A laughing Steve Kerr said about Grant pouring gas on KD’s fire.