“In the good old days, that was a play-on,” McHale said. “Now they throw people out. I didn’t think it was that big of a deal.”

McHale doesn’t think it’s a big deal and KG brushed it off by saying “doesn’t matter. We won the game” but it does matter in the eyes of a lot of NBA fans. Fans that think things are just getting embarrassing for KG. I’m not talking about the fact that Kevin Garnett only has 9 games this season where he’s scored 10+ points or the fact that he has 12 games where he’s scored 4 or less (including last night), it’s the fact that every week we are talking about another immature act from the 38 year old future hall of famer who has always had a rep for being a bully to small and soft guys on the court and would run from guys his own size like Antonio McDyess (nicest NBA player I’ve ever met) or Charlie Villanueva.

Villanueva once tweeted “KG talks alot of crap, he’s prob never been in a fight, I would love to get in a ring with him, I will expose him,” in response to KG calling him a cancer patient. KG said he was misquoted and what he really said was Charlie was cancerous to his team.

During the first quarter of the Nets loss to the Rockets last night, KG lost his mind during an altercation with Dwight Howard and was ejected for head-butting the center who seems to be on everyone’s pick-a-fight list. I guess KG probably believes what Kevin Durant (who called Dwight a pu$$y earlier in the season) and Kobe (who called Dwight a “soft motherf**ker & bitch-ass n***ga” a few weeks earlier) does when it comes to Howard and that’s why he’s always willing to start fight with him – remember this incident back in 2010?

Back to 2015, the Nets lost their 6th in a row and KG has a total of 18 points during that streak but nobody really cares.  The only KG story this season people seem to care about is his streak of viral worthy actions.

From his Lance Stephenson impersonation.

To his Mike Tyson shout out. 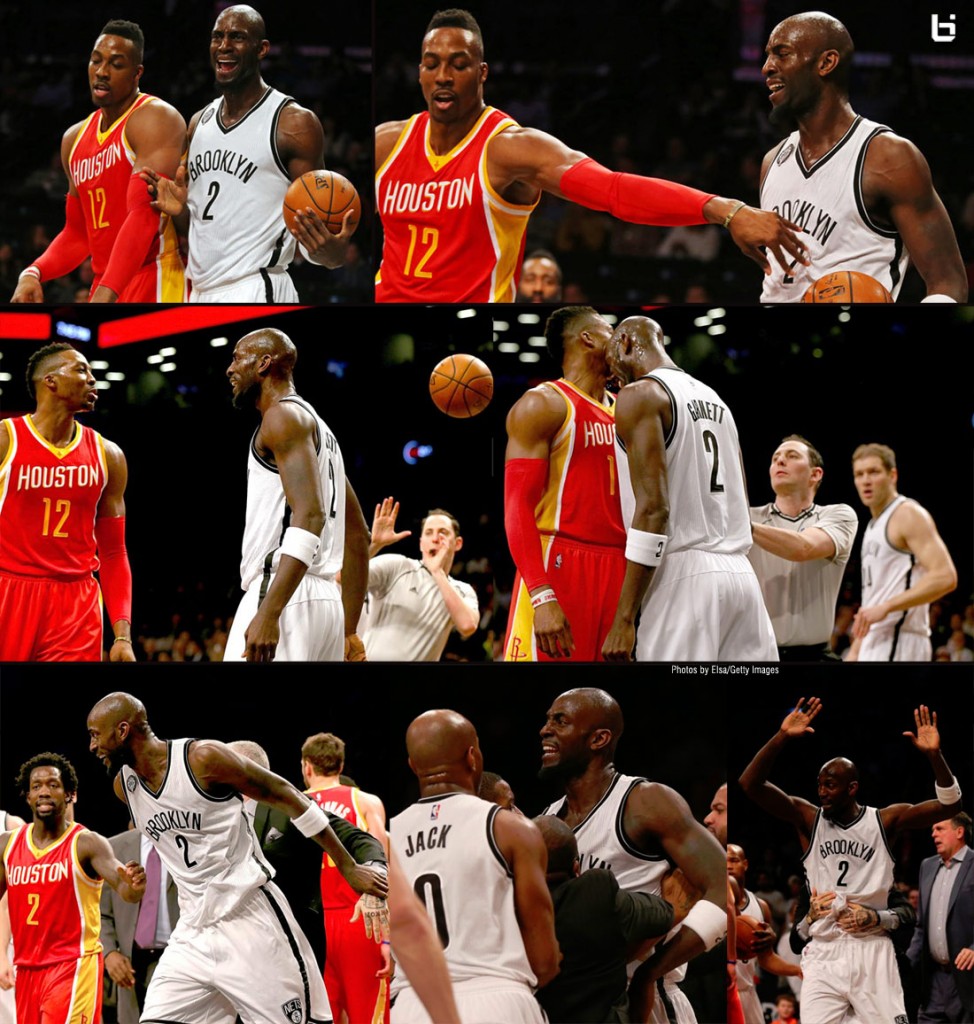 This guy really just needs to get a bowl of Honey Nut Cheerios and chill out with the foolishness.

It’s bad enough young people don’t get to see the KG who used to put up numbers that made him the top fantasy player year after year but all they see now is a washed-up looking bully.

I miss this guy from the “good old days.”