During Monday’s win over the 76ers, Steph Curry tied a NBA record set by Trey Burke and Antoine Walker for most three-point attempts (11) without a make. After one of those misses late in the 3rd quarter, comedian Kevin Hart started teasing Curry about his ice cold shooting. The two shared a laugh, then Curry responded by making a layup. He was actually pretty unstoppable within the 3-point line, connecting on 7 of 12 shots and all five of his free-throws.

If you were wondering what happened to Steph on this night, he let brother Seth borrow his shooting touch so the Mavs could beat the Heat. 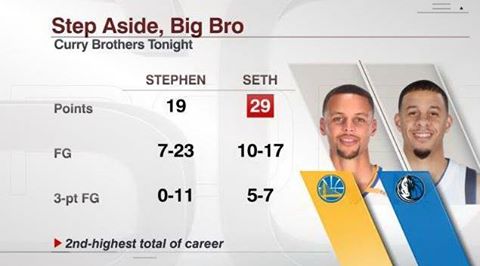 And this isn’t the first time the greatest 3-point shooter ever put up a donut from three while attempting a decent amount. 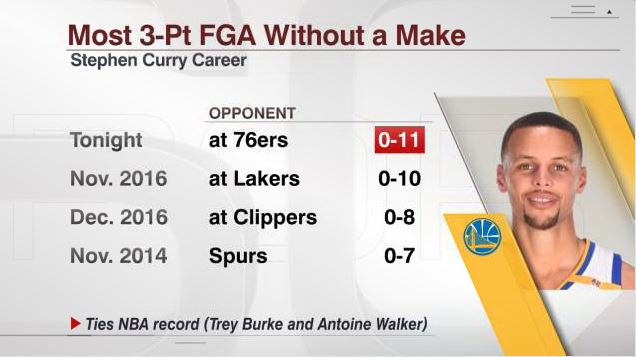