The Cavs will most likely be without Kevin Love for the next two weeks after Love dislocated his shoulder during Sunday’s GM4 win and sweep of the Celtics.

The injury happened midway through the first quarter when Love and Boston’s Kelly Olynyk went after a loose ball and Olynyk, according to Love, intentionally tried to hurt him.

“I thought it was a bush-league play,” Love said after the game. “Olynyk was in a compromising position, had no chance to get the ball, and it’s just too bad that he would go to those lengths to take somebody out of the game and do that to someone. I have no doubt in my mind that he did that on purpose.

You look at the replay. I saw a picture of his arm underneath. It’s just not a basketball play. Yeah, expect it to be physical, but when it has to go to that length, that’s not the way it’s supposed to be. That’s not how you play basketball.”

LeBron shared similar thoughts on the play: “It didn’t look like a basketball play. I’ve seen a lot of tie-ups in my day, and that tie-in was a little different. We want to play the game of basketball the right way. You want to be physical, but you never want the game to get out of hand.”

On the other side, Evan Turner defended his teammate: “Kelly doesn’t have a mean bone in his body. And obviously with a star player it looks bad, but Kelly’s not that type of dude. K-Love should feel the same type of way because, what is it? A separated shoulder? That’s tough, man. It might be missing something very important, especially when that guy’s been battling for 7-8 years to make it to the playoffs. That’s tough as well. But if the league looks into it, they’ll do the right job on investigating, but Kelly is not that type of guy.”

The play does seems uncharacteristic of Olynyk but if the league does decide to punish him, it’s not going to matter this season.

As for the Cavs, it seems they will most likely be playing against the Bulls in the next round. 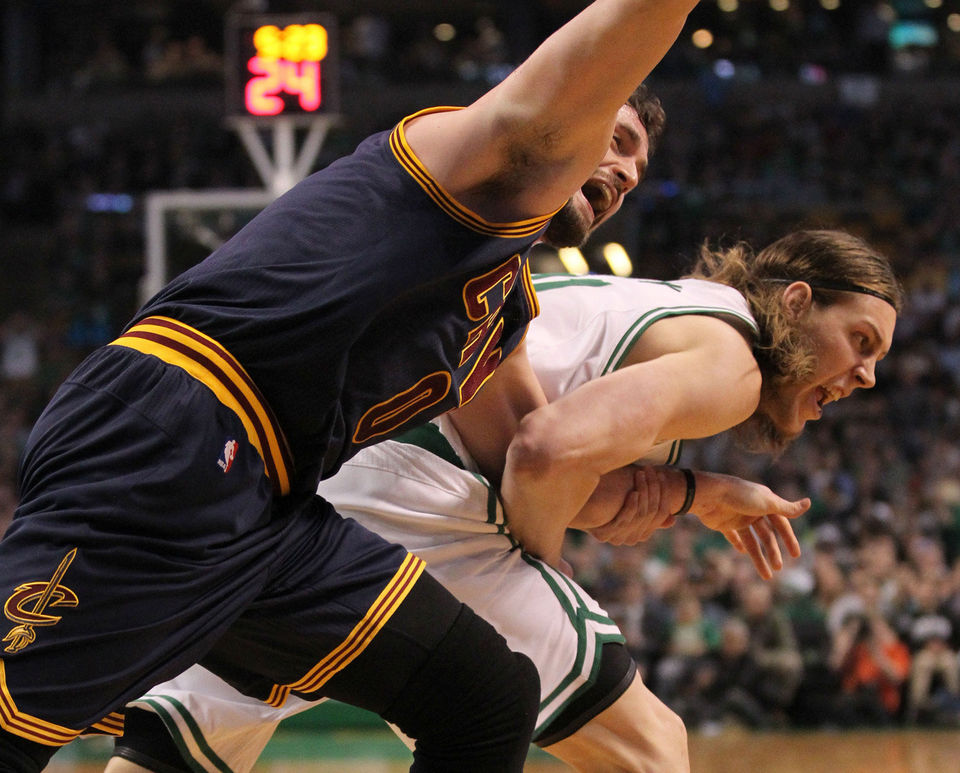