Watching Kevin Love in Cleveland makes it easy to forget he used to be a Fantasy Basketball God back in Minnesota. A stat stuffing beast who once dropped 51 points, 14 rebounds and 7 3-pointers on Kevin Durant and the Thunder; once had a ridiculous 31 points and 31 rebounds vs the Knicks; once had a triple double with 37 points.

On Tuesday, in Cleveland, Kevin Love scored a NBA record 34 points in the first quarter against the Trailblazers. The 34 is second to only Klay Thompson and his 37 for most points in a NBA quarter. The new franchise record also pushed George Gervin and his 33 to 3rd place and the Ice Man will probably also complain about Love’s performance because he made eight 3-pointers.

“I’m not trying to be nonchalant about it, but sometimes when you’re in it you don’t necessarily feel it,”Love said about his historic performance. “There was nothing out of the ordinary as far as our play-calling and our flow of the game. I just felt like guys were finding me.” 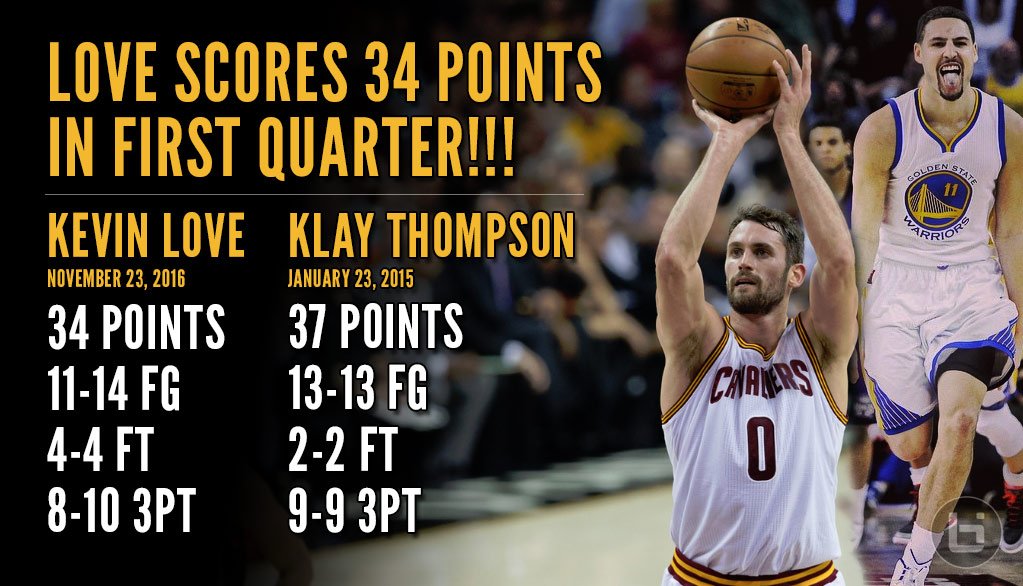 BONUS VIDEO: KLAY 37 IN A QUARTER