Less than 6 months after the horrific sight of Lousiville’s Kevin Ware breaking his leg on national television, we are treated to the inspirational sight of Ware dunking!  The 16 seconds above looks like a casual shoot around in the gym and the nonchalant statement “Kevin Ware dunking. My boy back dunking” doesn’t seem like that big of a deal but when you revisit the timeline below and think about the recovery time of so many injuries with so many other athletes it’s truly amazing that he is back dunking.  I hate to say it but even Kevin Ware came back before….I wont’ say it. 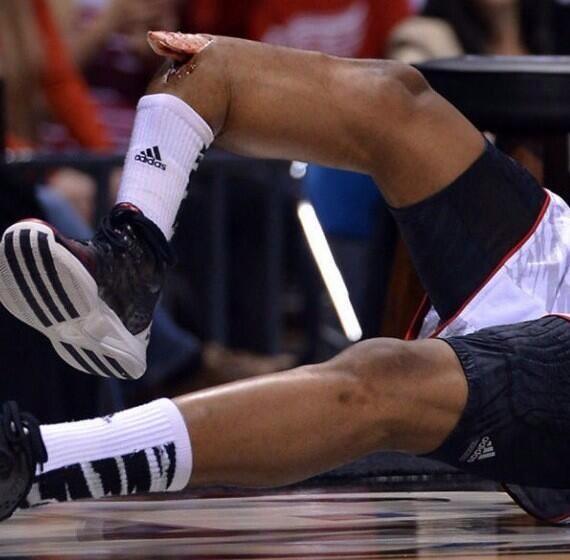 April 1, 2013: Kevin Ware with the Midwest Regional Championship Trophy after undergoing a 2 hour surgery to repair his broken leg