“I knew it was ticking down, so I knew I just had to catch and shoot,” said Middleton of his game-winning 3 against the Heat on Tuesday. “I can’t think about anything else, but just catch it and let it go.”

What makes the game-winner more amazing is what happened before it. The Bucks erased a 14 point deficit in the 4th and with 12 seconds left, Middleton missed badly on a 3-point attempt.  Luckily for the Bucks, 6’3 Jerryd Bayless won a jumpball against 6-9 Michael Beasley with 10 seconds left which gave Middleton a shot at redemption.

“A lot of times with the refs, you’ve just got to try and time them,” Bayless said of the jump ball. “I tried to time it and I was able to get it. I got lucky.”

But don’t call Middleton’s Horry-like shot luck because this is 2nd game winner of the season and he’s the first player since Kobe in 2010 to have a pair of buzzer-beating 3-pointers in the same season. 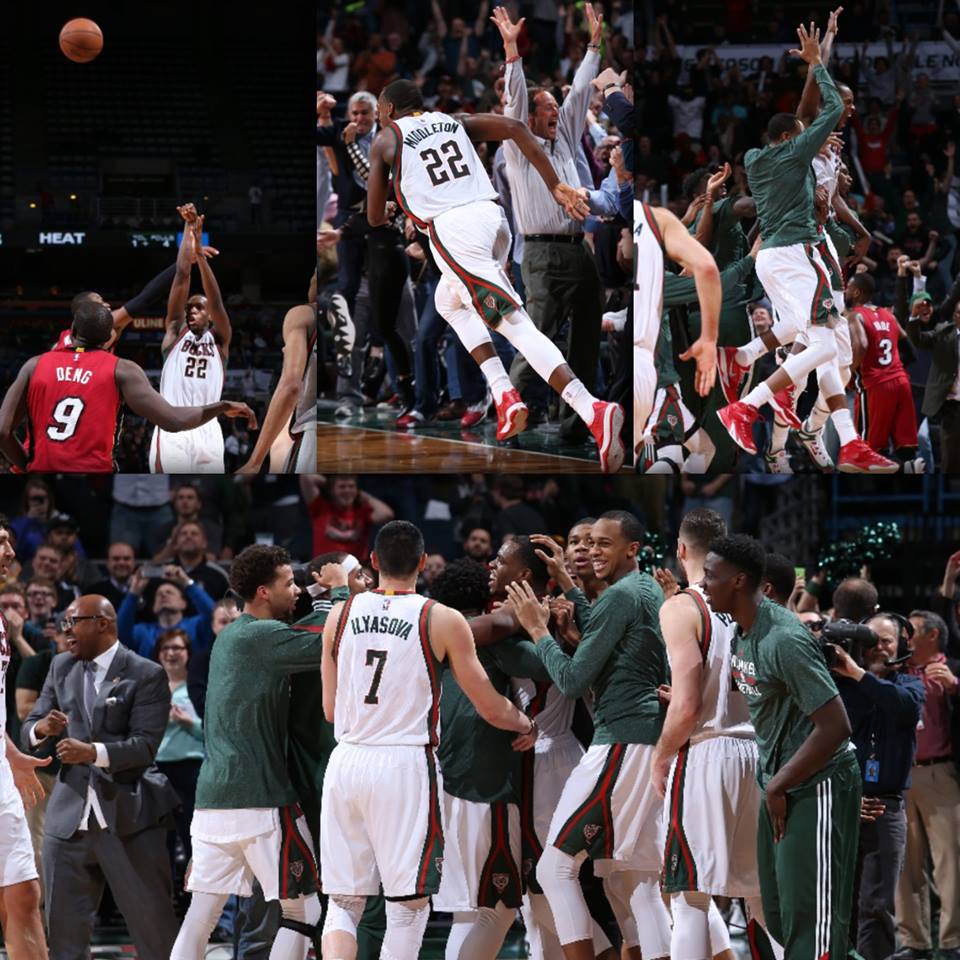