This past weekend at the Annual Pangos All American camp 2015, I had the chance to sit down with some of the top recruits to ease their mind off of basketball and talk some shoe game with them.  All the players have their own taste & own preference when it comes to shoes but one thing is certain, the Air Jordan XI conquers all.  That’s right, when I asked majority of the players what their all time favorite shoe was, the XI’s stomped on every other sneaker out there to date.

Although there was one player, my boy Trae Young of Norman North HS in Oklahoma!  The only guy to show some love to AI himself.  When I asked him what his favorite shoe of all time was he responded quick & confident, “The AI’s“.  Much respect because Trae & AI are both guards who both have the ability to come up big when it counts. 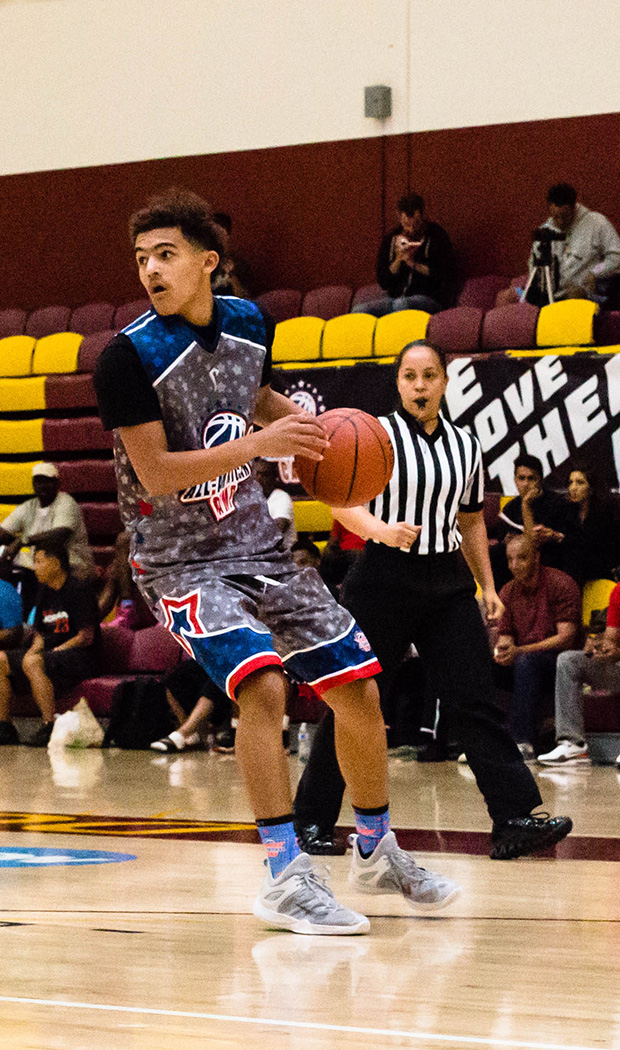 As for Trae’s kicks on the court, he said that he didn’t want to floss on anybody so he kept it simple & functional by sporting the Nike Zoom HyperRevs.  I asked Trae why he chose to wear the HyperRevs and the answer was easy, because they’re comfortable.  Shoutout to Trae for keeping it 100 & choosing functionality over looks when it comes down to getting the job done.

Next up, Bol Bol of Bishop Miege.  While on the court Bol Bol was sporting the Under Armour Clutch Fit Low USA editions.  It was pretty obvious Bol Bol had opted to wear the Clutch Fit Lows for comfort & function.  I don’t blame him, especially in modern world of basketball comfort will conquer all for a optimal performance.

Although I noticed Bol Bol switching his shoes out with some bright colored kicks that he had pulled out from his bag.  That’s when I noticed Bol Bol was packing heat for off the court.  He laced up the Nike KD VII EXT Florals just to chill.  I’m almost certain he turned some heads because Bol Bol definitely got my attention with those. 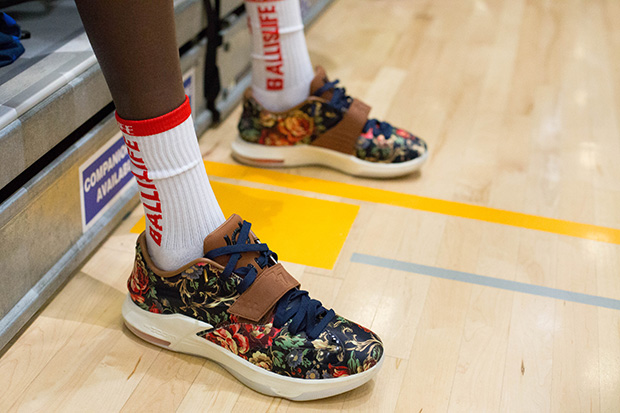 At the end of the interview Bol Bol dropped some knowledge for those of you who aren’t aware quite yet.  I asked, “Who has the best socks in the game right now?”  Bol Bol replied, “BALLISLIFE“.