This year’s Michael Jordan’s Flight School camp has generated some viral worthy content.  First we had a shootout between MJ and Jimmy Butler. Then we had the “What are those?” kid who confused Jordan with his meme question.

Now we have a kid who did something a lot more impressive: he impressed The GOAT with his hot and clutch shooting. The camper, who had all the other attendees cheering like it was a GM7, won shoes for his entire team after successfully completing a game of around the world. More importantly, he won the respect from Michael Jordan. 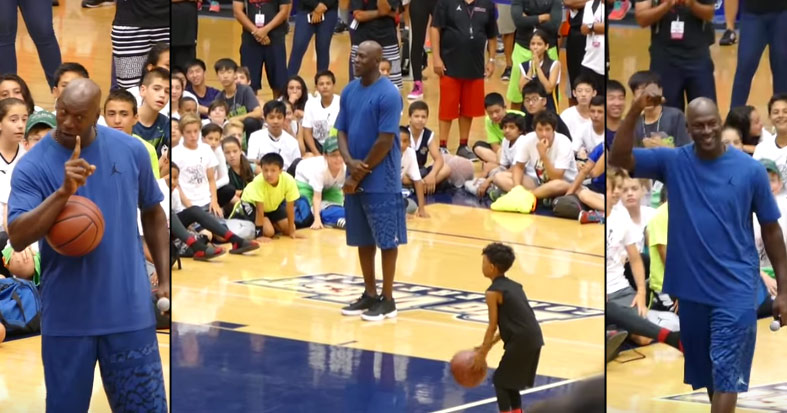 BONUS VIDEO: WHAT ARE THOSE?