Awesome video of a bunch of kids at Rucker Park going crazy after seeing some of their favorite NBA players – Kevin Durant, Klay Thompson, Jimmy Butler and DeMar DeRozan – in person on Monday.

The Team USA member has reportedly been “talking” with Melo about free agency and is intrigued with the Knick’s signing of Derrick Rose.

“Obviously they have a good team now with D-Rose & Melo & Porzingis so I will talk to my team and we will figure things out.”

That news has hopeful Knicks fans dreaming of a lineup featuring Rose, Durant, Melo, Porzingis and a big man like Joakim Noah, Pau Gasol and even Dwight Howard. 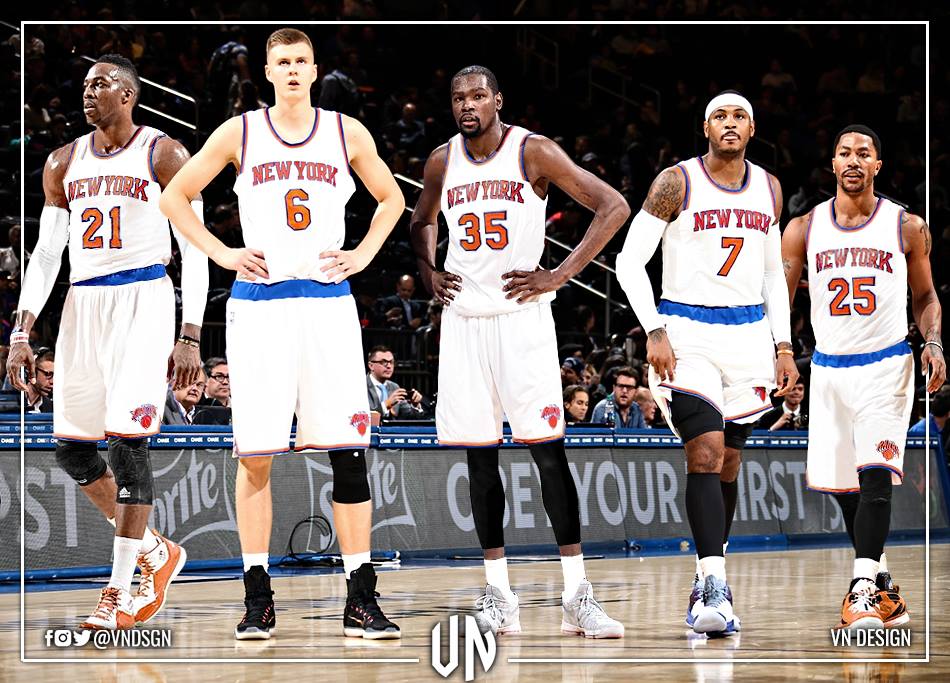 This super team sounds as likely as the time the Knicks tried to sign Michael Jordan in 1996, but it’s New York – big city of dreams.

At least these little kids at Rucker Park will always have Monday’s memories and adults present at Rucker on August 1st of 2011 will remember when Kevin Durant had adults screaming like kids when he dropped 66 points at the park after eating a plate of soul food.