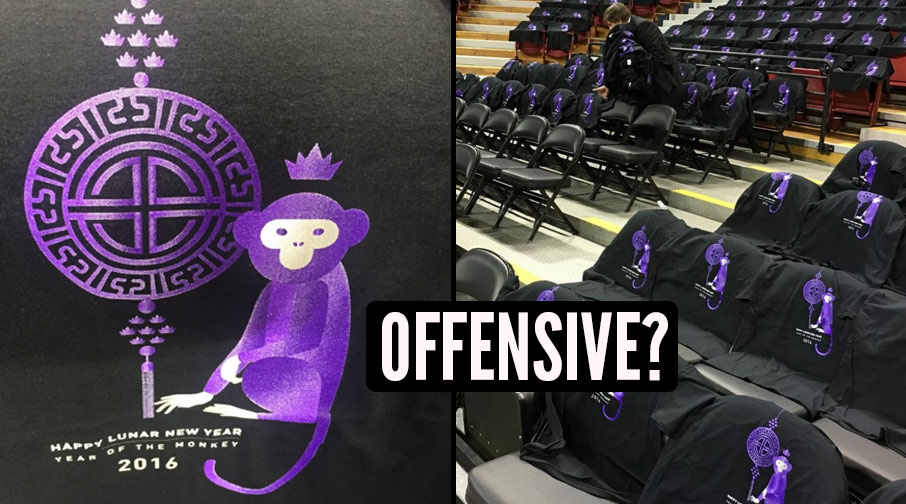 Yesterday was the first day of Black History Month and the Sacramento Kings were going to give away black t-shirts which featured a crown wearing monkey on it. Sounds offensive right? It sounds a lot less offensive when you consider the Chinese New Year starts on February 8th, it’s the Year of the Monkey and the NBA requires every team to acknowledge the Chinese New Year. But DeMarcus Cousins, as well as a few other people in the organization, reportedly didn’t think it was a good look for the Kings and after voicing their issue with it, the Kings scrapped the giveaway and had employees gather all the shirts before fans entered the arena.

“I walk into the building and DeMarcus Cousins calls me over to an animated discussion he’s having with Kings operations people. He ask me, ‘Olskool, what you think about this T Shirt? Told him a little insensitive on 1st day of Black History Month’. They pulled the shirts…”

Shirts players and coaches are sporting in NBA tonight… pic.twitter.com/JBXaaAIfjG

“We all need a lesson in sensitivity,” Kings president Chris Granger said. “In an effort to celebrate Chinese New Year, we had some concerns about the T-shirt giveaway, so we pulled them all before the doors opened. Certainly we don’t want to offend anybody, and we acted as soon as we heard the concern.”

Although most would agree it wasn’t the best timing by the Kings, not everybody agrees with the reaction by Cousins and Johnson.  Here’s a few replies to the story on ESPN.

Lets see. Black History Month and Chinese New Year, always have and always will coincide. NBA mandates that teams commemorate the Chinese New Year. It’s year of the monkey. Can’t commemorate it without incorporating a monkey. Too many REAL race issues in and out of the black community for me to get behind this.

It’s the people who think up these “connections” that have the twisted, sick and racist minds. It shows they are predisposed through conditioning to jump to the race card immediately before ANY critical thinking takes place. Pathetic

I lost a little bit of respect for Cousins tonight. So because it coincides with the first day of BHM, which, by the way, perpetuates the focus on race instead of connectedness of the HUMAN RACE, we should not celebrate other cultures? Get the hell out of here with your assumptions.

A lesson in oversensitivity more like it. Who cares if there is a monkey shirt on the “first night” of BHM? Only an ignoramous wouldn’t know they were year of the monkey shirts. You have to be pretty darn insecure to think the monkey shirts is a slight on black culture.  Good thing I didn’t learn about this sooner or I would have worn my gorilla shirt. And no, it’s not an insult to black people. I bought the shirt to support gorilla conservation, but I’m sure people don’t care about stuff like the truth anymore.

So question: if all NBA teams are supposed to be celebrating the year of the monkey, what is every other team doing to acknowledge the year of the monkey without actually depicting monkeys on anything? And honestly, refusing to celebrate Chinese culture is more racist than the damn monkey.

FYI. Here’s how the Golden State Warriors are celebrating. 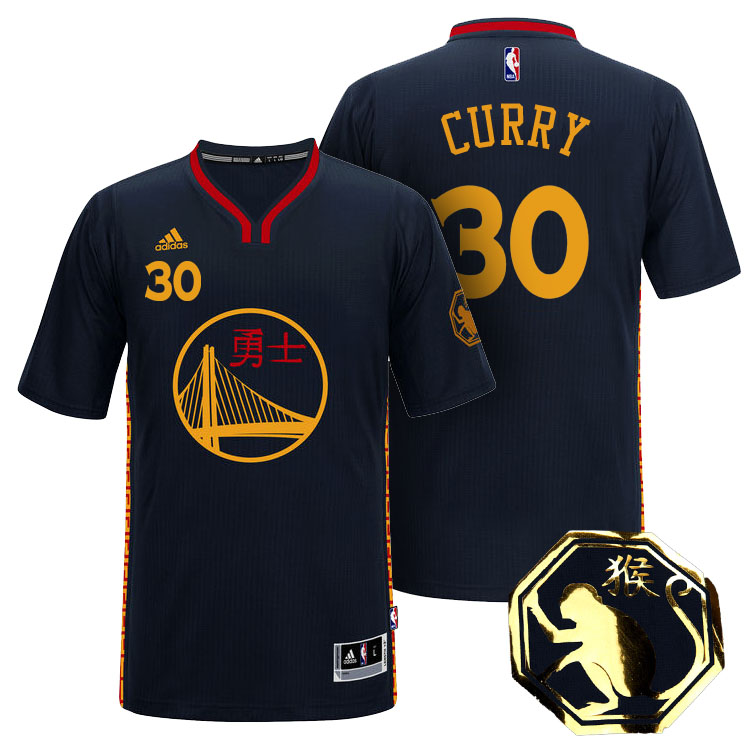 And here’s something funny about Marques Johnson’s complaints about the new year.

Year of the Monkey officially starts Feb 8, on my birthday. Now I'm really pissed. I need to dunk one last time…