Did you see KJ McDaniels missed alley-oop dunk last night?  If not, go to the 1:15 mark in the video above.

Now how about his block on Marco last night? No! Sorry for the tease but we can’t find the footage.

But how about his ridiculous block against the Raptors.

Insane right? But not worthy of the NBA YouTube channel, but atleast they posted this backboard slap.

What about his posterizing putback dunk on Brandan Wright from his 21 point, 13 rebound game a few nights ago?

Nope, those highlights weren’t worthy of the NBA Youtube channel either but atleast they posted these poster dunk on Mo Harkless and Bogdanovic.

So if you haven’t figure out what i’m doing yet, I’m as mad as KJ”s mom was last month when she ranted on Twitter about the 76ers not giving enough PT to her son. When he gets minutes, he produces stats and he produces highlights – sick highlights.  So now that he’s actually getting minutes and producing highlights on a nightly basis, we just need the NBA to show those damn highlights.

Look, KJ jumps so high that even when he goes for a pump fake it’s a potential highlight.

So let’s end this video posting rant with one more video: a crazy dunk reel of KJ in college 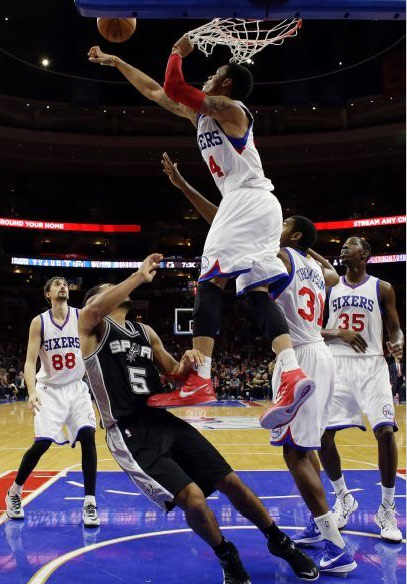 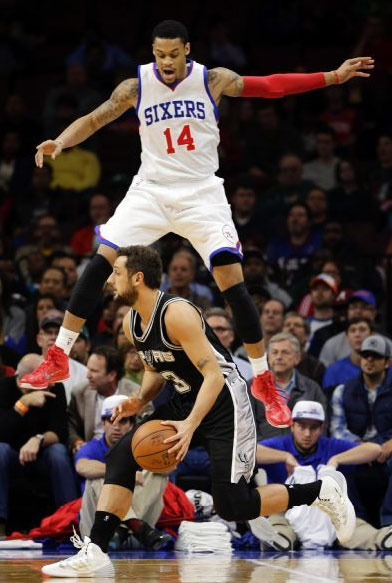