It was only fitting that on this night, 2 days after Dominique Wilkins birthday, against Nique’s old team and in front of Nique who was in the broadcast booth, KJ would pay tribute to the human highlight film by doing his trademark baseline double pump dunk. 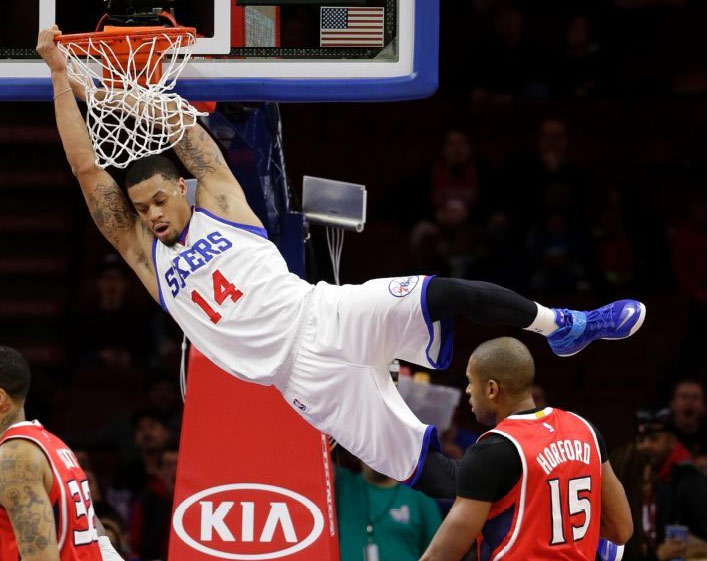