He also talked about the cycle of media criticism each player has to go through but in the end the only thing that really matters is rings because you #CantCritiqueRings. 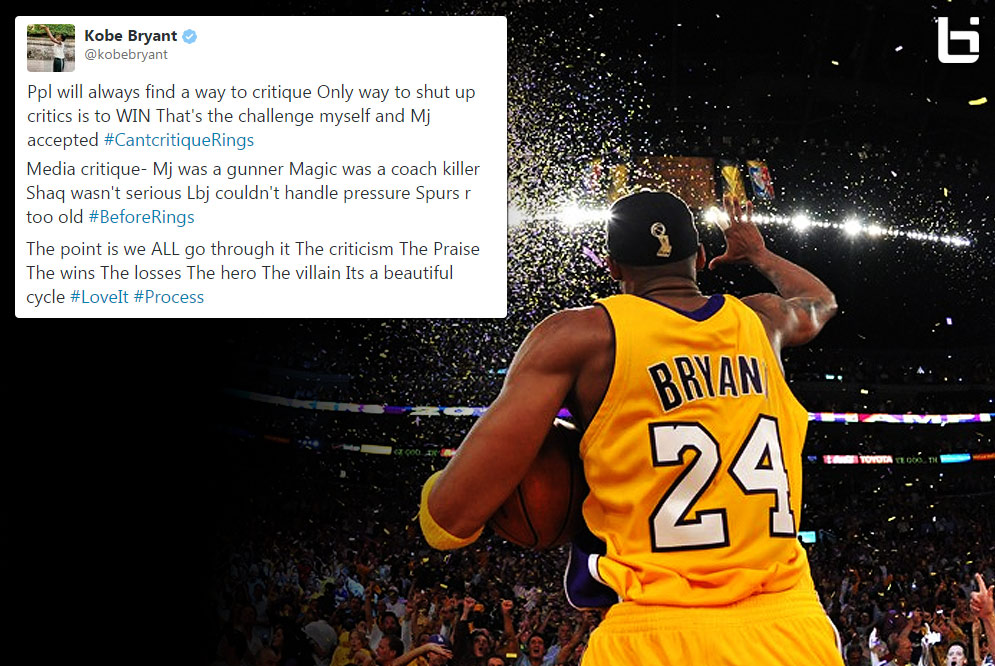