I’m assuming Devin Booker is going to remember Wednesday night for the rest of his life.  The 19 year old rookie phenom not only scored 28 points and dished out 7 assists in a win against the Lakers, he got to do it against one of his childhood idols, Kobe Bryant. And if that wasn’t enough, Kobe signed a program and a pair of shoes for Booker and wrote “Be legendary” on them.

“It’s something I’ll remember for the rest of my life,” Booker said. 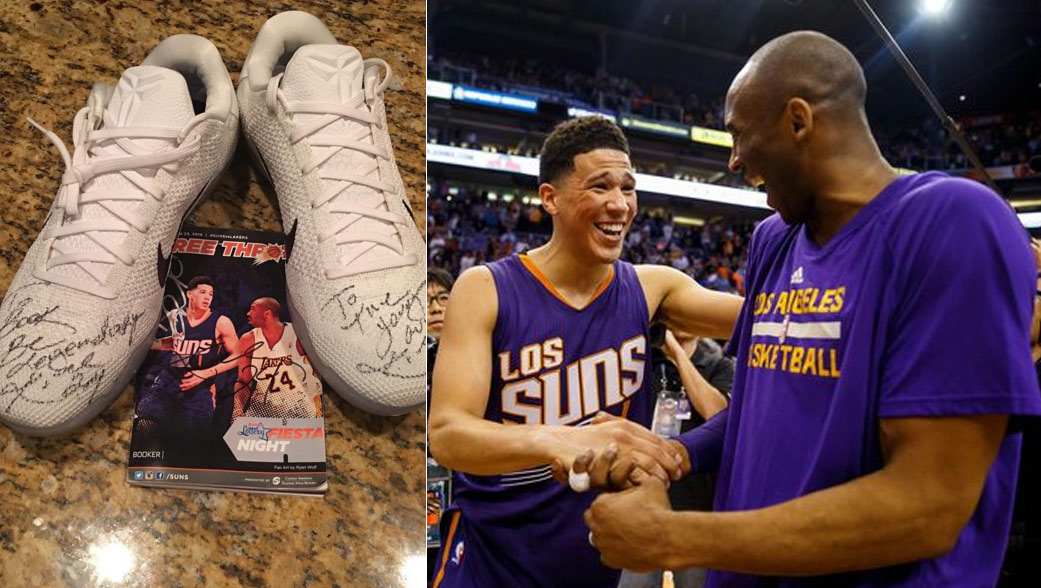 And wait there’s more! Like an awesome ‘as seen on tv’ product, the gifts kept coming: Kobe spent about 10 minutes chatting with Booker in the postgame locker room.

“It was a lot longer than I thought it was going to be,” Booker told the AZ Central. “He was just telling me to keep working. Never settle in this league. ‘It’s up for grabs,’ he said, ‘You know Steph and Klay obviously are doing their thing right now but the league is up for grabs just keep working. Keep working on my post game.’ He said there’s a lot of guards in this league that don’t post up any more. He feels like that’s an advantage for me being a big guard. It means a lot coming from Kobe.”

Kobe even joked about Booker trying to use his move against him.

“I mean he went straight to my move the first time he caught it,” Bryant said. “You’re not going to beat me on my move, man. But it was great to see. It was absolutely great to see because I remember I did the same thing to MJ.” 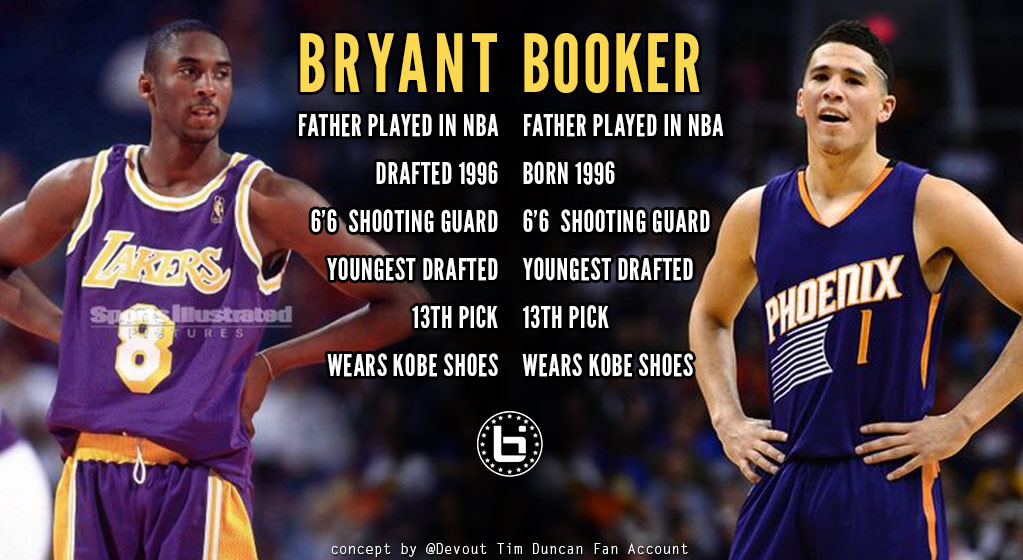