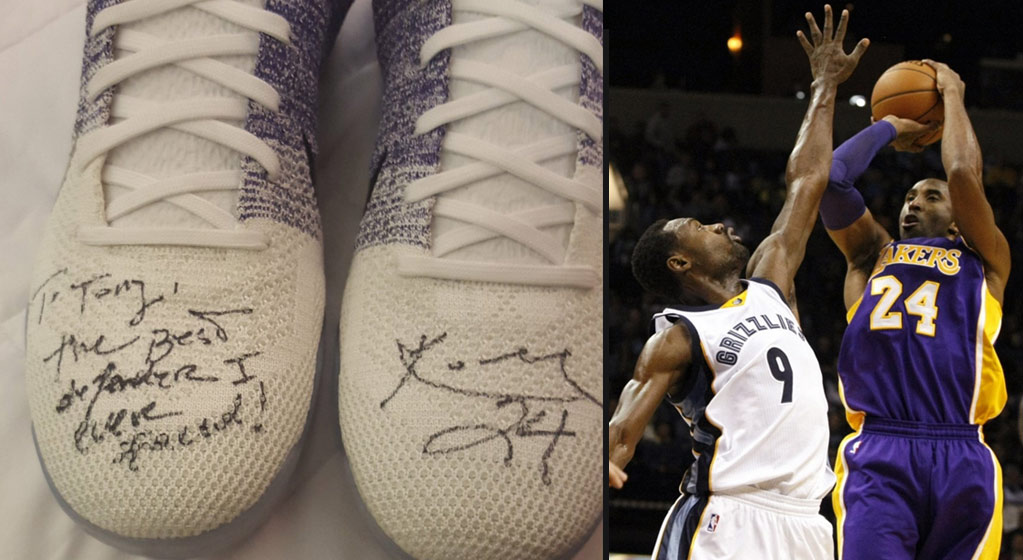 During a Kobe Bryant interview back in December of 2015, Bryant gave some props to Tony Allen by saying Mr “1st Team All-Defense” was the player who gave him the most difficulty in his career.

After Friday night’s loss to the Grizzlies, Bryant gave his shoes to Allen and signed them, “To Tony, the best defender I ever faced!”

Being selected to the All-Defense 1st team three times is an honor, but having one of the greatest offensive players in NBA history call you “the best defender” says more about Allen’s unappreciated game than any number of awards.