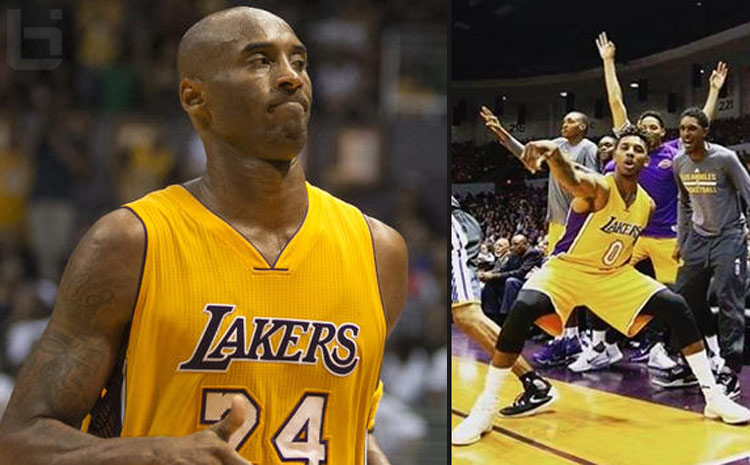 According to the LA Daily News and LA Times, a couple of teammates got Kobe Bryant – returning to practice on Sunday after missing a week and a half – hyped up after some trash-talking which resulted in an appearance by vintage Kobe.

“Somebody decided to talk to Kobe,” Metta World Peace said, laughing  via LADN. “That was the wrong thing to do.”

“I’m not going to disclose any names because we’re a very confidential organization,” World Peace said, smiling. “But it wasn’t the right move. It was definitely not smart.”

Peace didn’t want to mention any names but Mike Bresnahan of LA Times the found out who they were.

“He was shooting in peoples’ faces, they’d foul him for an ‘and-one’… turnaround right, turnaround left, talking trash,” forward Metta World Peace said. “Somebody decided to talk to Kobe. That was the wrong thing to do.”

Turns out, two players fired up Bryant by trash-talking him: Lou Williams and, no surprise, Nick Young.

“You have to double Kobe,” World Peace predicted for the upcoming season. “You’re not going to just be able to guard him one-on-one. He’s hungry. He’s excited. He looks great. He’s still enjoying the game. That’s what’s most important.”

Kobe didn’t speak to the media after practice but Coach Scott seemed pretty happy with what he saw from the 37 year old superstar.

“He walked out [Sunday] and said it felt good, gave me the thumbs-up,” Scott said. “You could see a little rust, but other than that he was moving pretty fluid again. It was just good to see.”

Kobe dunks on Jamison in practice (2012)

Kobe dunks on Shaq in practice