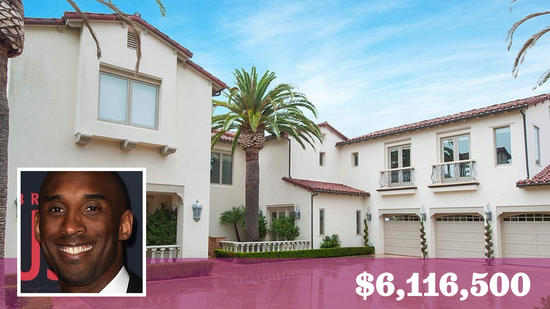 No record is safe from Kobe Bryant. Even when he’s not playing, he’s finding ways to win, make money and break records.

On Friday, Bryant sold his Newport Coast home for $6,116,500 – which is 2.3 million more than the previous record home in the area.  It was also 2 million less than his original asking price but oh well!

Kobe bought the 8,741 square home from sports agent Dwight Manley  – who represented players like Dennis Rodman and Karl Malone – back in 2001 when the Lakers were in the middle of a dynasty.

The home included a 850 square foot gym, a hair salon and an office with a built-in shark tank – why does that not surprise me. Too bad Kobe never did a MTV cribs video to show it off.