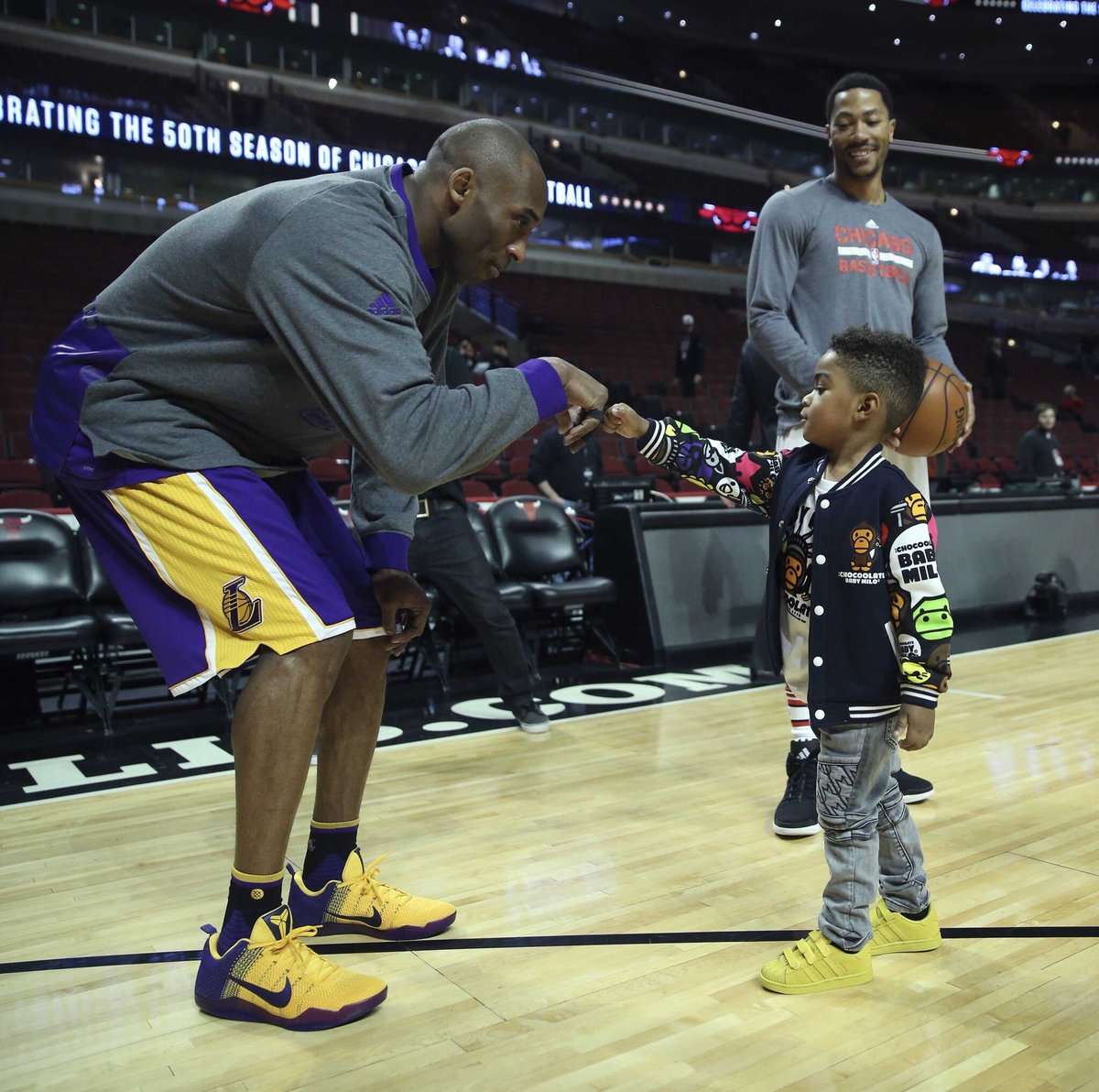 Before facing off against Derrick Rose for the final time in his career, Kobe Bryant shared an awesome moment with Rose’s son, PJ: The two exchanged a pre-game fist bump, which was captured in this great photo and will also probably end up on the wall of PJ’s bedroom.

“That’s something we are going to blow up, have in his room. It’s Kobe, his last game.” said Rose of the moment.

The Bulls honored Kobe with a video tribute before his final game in Chicago. In it, Derrick Rose called Kobe “Our generation of Michael Jordan”

ROSE VS KOBE FOR THE LAST TIME