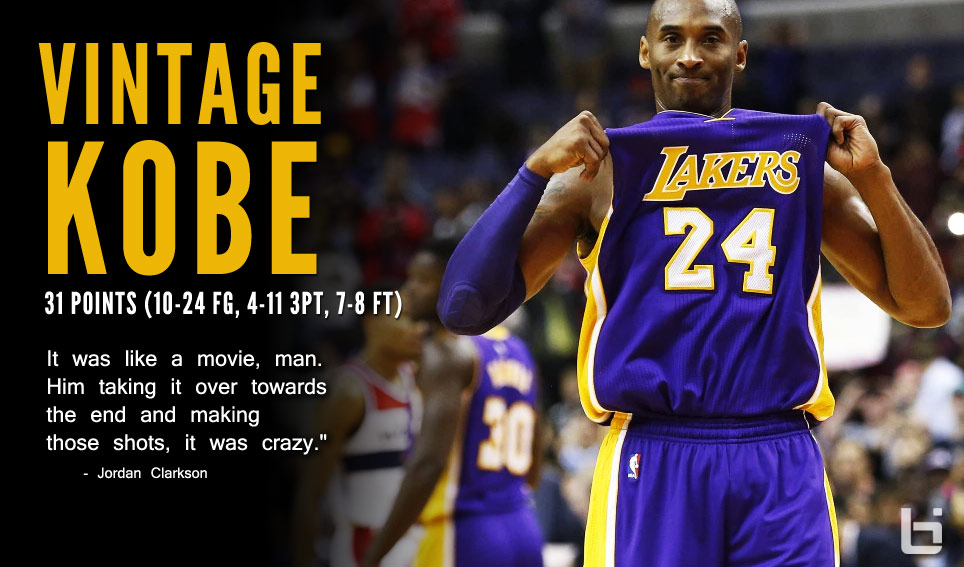 Before Wednesday’s game against the Washington Wizards, Kobe paid a visit to the White House to talk to President Obama.

What came next in the very near future was a Kobe performance from the past.  Bryant scored a season-high 31 points with 12 points and some clutch buckets in the 4th to help give the Lakers their 3rd win of the season.

“It was like a movie, man,” said Jordan Clarkson. “Him taking it over towards the end and making those shots, it was crazy.”

Midway through the first quarter, the Wizards, like the 76ers and probably every team Kobe visit for the rest of the season, played a video tribute for him.

“That’s what it’s going to be like wherever he goes.” said John Wall, who scored 15 of his 35 points in the final quarter.

The DC crowd showed Kobe so much love that one fan even ran onto the court to try to get a hug from Kobe.