“If you can’t get excited about trying to defend against him, then you’re in the wrong business.” Chris Paul said about guarding Kobe.

One player who has been in the business of trying to defend Kobe for a few years is Matt Barnes. And you can add this dunk to the Matt Barnes can’t mess with Kobe Bryant archive.

A favorite clip among Kobe fans from these archives took place back in 2010, when Barnes tried to play tough with Kobe by acting like he was going to throw the ball in Kobe’s face. Kobe didn’t even flinch.

3 years later, a jersey chewing Bryant dropped 16 of his 38 points in the 4th quarter on Barnes and the Clippers, which included this highlight of Kobe crossing over Barnes and then hitting a clutch jumper.

But the Lakers lost tho!

So what if the Lakers lost (not surprising). So what if Kobe only made 6-of-15 shots and was just awful in the 4th (a little surprising). This surprising vintage Black Mamba baseline move and dunk on Matt Barnes is still worth praising. 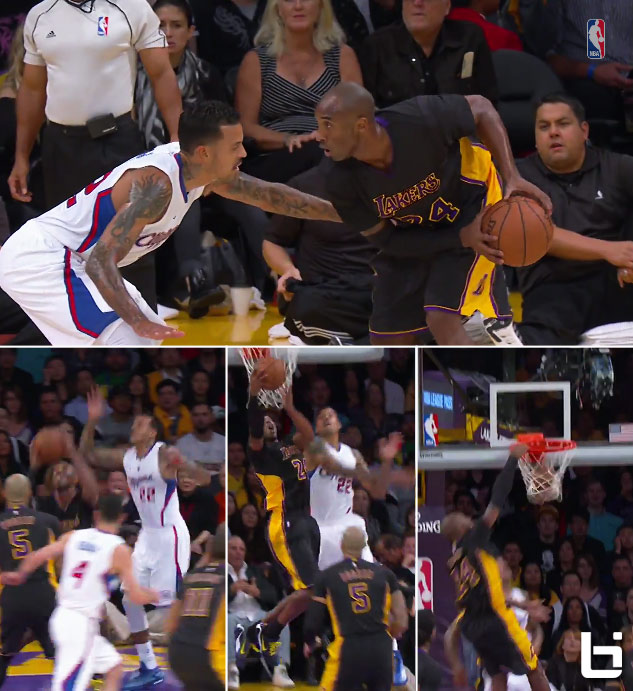