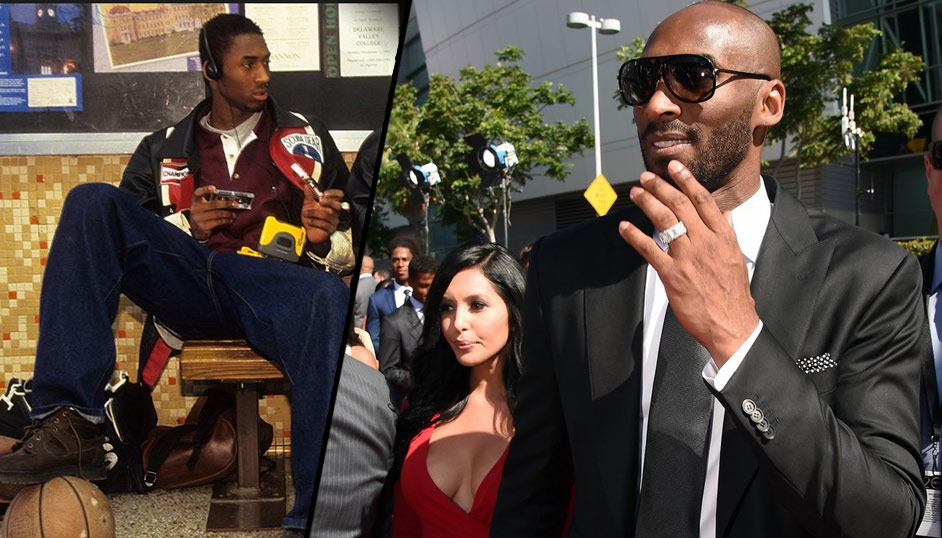 One of the most interesting questions you can ask a NBA veteran or any adult is “what advice would you give your younger self?” 37 year old Kobe Bryant just answered that question by penning a letter on The Players Tribune called, “Letter To My Younger Self.”

When your Laker dream comes true tomorrow, you need to figure out a way to invest in the future of your family and friends. This sounds simple, and you may think it’s a no-brainer, but take some time to think on it further.

I did not say GIVE.

Purely giving material things to your siblings and friends may appear to be the right decision. You love them, and they were always there for you growing up, so it’s only right that they should share in your success and all that comes with it. So you buy them a car, a big house, pay all of their bills. You want them to live a beautiful, comfortable life, right?

But the day will come when you realize that as much as you believed you were doing the right thing, you were actually holding them back.

You will come to understand that you were taking care of them because it made YOU feel good, it made YOU happy to see them smiling and without a care in the world — and that was extremely selfish of you. While you were feeling satisfied with yourself, you were slowly eating away at their own dreams and ambitions. You were adding material things to their lives, but subtracting the most precious gifts of all: independence and growth.

Understand that you are about to be the leader of the family, and this involves making tough choices, even if your siblings and friends do not understand them at the time.

Invest in their future, don’t just give.

The letter might be to himself but it sounds like a possible message to his parents, who he hasn’t spoken to since 2013. 3 years ago, Kobe filed a cease-and-desist order to his mother after she tried to sell his high school and early basketball achievements and memorabilia, along with two 2000 Lakers Championship rings designed just for his parents, via an auction house for an estimated $1.5 million. A few months later, his parents issued an apology to him via a publicist.

MY FIRST MEMORY OF A 17 YEAR OLD KOBE BRYANT

It just so happens, the first time I ever heard of Kobe Bryant was when he was 17 years old.  I was flipping through the stations and came across a high school dunk contest on ESPN 2, which featured two of the most impressive dunkers I’ve ever seen.  One of them was Lester Earl and the other was a cocky Kobe Bryant. After watching just 1 dunk, I stuck a VHS tape in the VCR without even bothering to see what was on it and then hit record. And for the next 20 minutes, I watched these two refuse to stop dunking even though the staff at the Beach Ball Classic at Myrtle Beach wanted the contest to end in a tie.

The next time I hit record on a VCR for a Kobe Bryant segment on ESPN it was for this interview about joining the Lakers.