Did you know Kobe Bryant had a cousin that plays professional ball?

John Cox, son of former NBA player John “Chubby” Cox, whose sister is married to Kobe’s dad, Joe “Jellybean” Bryant, is the Black Mamba’s cousin and a member of the Venezuela team that took a 44 point beating by Team USA on Monday (and 35 point loss in a showcase game last month – video above).

Cox not only did a decent job of representing Venezuela with a team-high 19 points, he did a good job of repping his cousin by wearing Kobe sneakers and putting up way more shots than his teammates (20, which is twice as many as any teammate).  His final stat line was 19 points in 32 minutes on 6 of 20 from the field, 2 of 5 from downtown and 5 of 7 from the free throw line.

Regardless of how many shots he took, Kobe tweeted how proud he was of his childhood friend and cousin, who was also an All-State high school player in Philly, during the game. 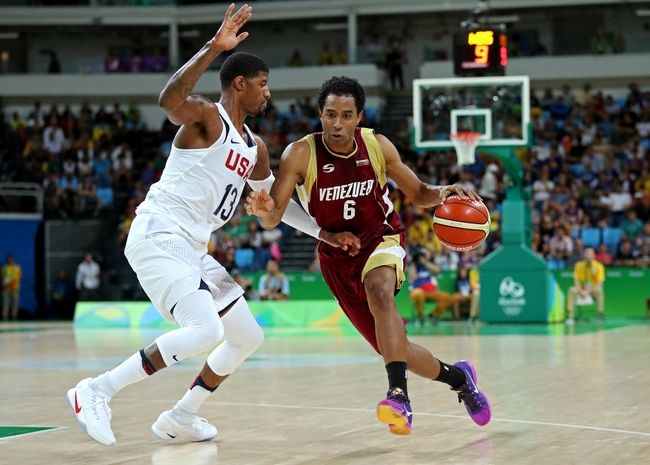