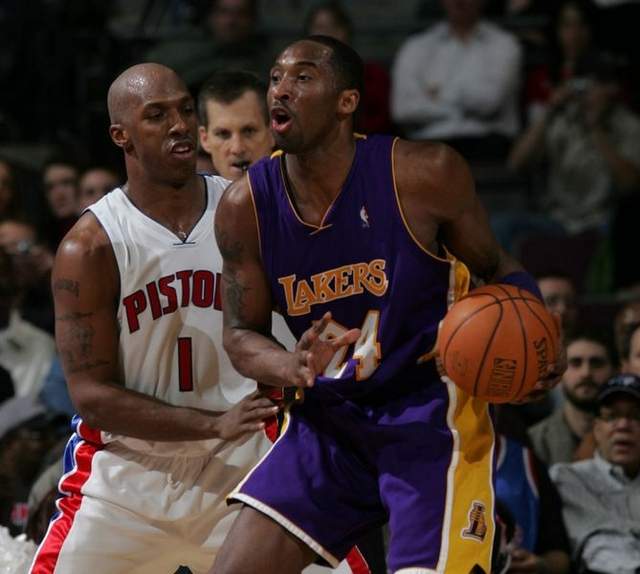 After putting up some of the most gaudy numbers in his career, Kobe Bryant was Peter Finch mad and wanted out of LA.  According to a report by Adrian Wojnarowski, a 2007 trade was done that would of sent Kobe to Motown for most likely Rip, Prince, Amir Johnson and a future 1st round pick.  Jerry Buss called Kobe and told him that he had a trade that needed his approval but it wasn’t one of Kobe’s desired destinations.  After meeting with Buss, Kobe had an epiphany moment.

“It hit me that I didn’t really want to walk out on Dr. Buss,”

Kobe decided to stay a Lakers and months later Buss made a trade that brought in Pau Gasol and you know the rest of this championship story.

What you probably didn’t know was Grant Hill was rumored to be a Piston’s pick-up if they would of landed Kobe to fill in the void left by Prince.  A starting lineup of Billups, Kobe, Hill, McDyess and Rasheed Wallace is a real intriguing one and I would of loved to seen the Eastern Conference playoff games against Wade/Shaq and the Heat and LeBron and the Cavs.

It’s all what if history now but the one fact from this story that should always be remembered throughout history is how important Jerry Buss was to the success of the Lakers franchise.