One of the best Christmas presents the internet received on Christmas was Mr RealAF’s “Meet Me in Temecula” tweets defending Kobe Bryant. The “real as f**k” twitter user got into an argument with a user named Snottie Drippen (seriously) and got so upset that he drove 35 miles to Temecula (seriously) to fight the guy.

The too awesome to be true but true story went viral and everybody from the Houston Rockets Twitter page to ESPN were making “Meet me in Temecula” references.

After the Lakers loss to the Suns on Sunday, Arash Markazi informed Kobe about the viral story which Bryant wasn’t aware of. Bryant laughed and said “Mamba army don’t f**k around. They take after their captain.” 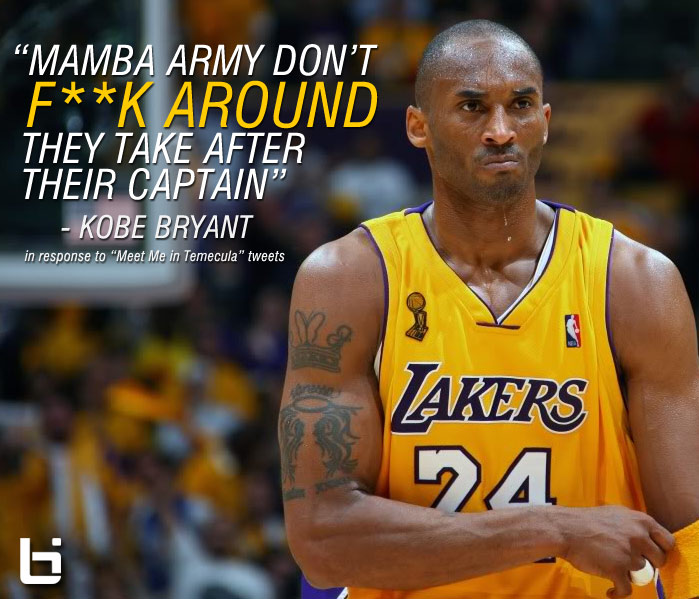