Last week, a few sound bytes from Kobe’s appearance on Shaq’s podcast dropped including Kobe saying “holy shit, I was an idiot when I was a kid.” Today, the entire episode of “The Big Podcast With Shaq” with guest Kobe Bryant is available to listen to and discuss.

One of the things you will probably see being discussed the most today is Shaq’s apology to Kobe at the beginning of the podcast.

“I just want people to know that I don’t hate you, I know you don’t hate me. I call it today a ‘work beef,’ is what we had,” said O’Neal. “I was young, you was young. But then as I look at it, we won three out of four so I don’t really think a lot was done wrong. So I just wanted to clear the air and let everybody know that, no, I don’t hate you. We had a lot of disagreements, we had a lot of arguments. But I think it fueled us both.”

And Kobe saying how he might have been one of the “dumbest or the most courageous kid on the face of the earth” because he was willing to fight Shaq.

“In ’99, I think Shaq realized that this kid is really competitive and he’s a little crazy,” said Bryant. “And I realized that I probably had a couple of screws loose because I nearly got into a fistfight and I actually was willing to get into a fight with this man. I went home and I was like, ‘Dude, I’ve either got to be the dumbest or the most courageous kid on the face of the Earth.'” 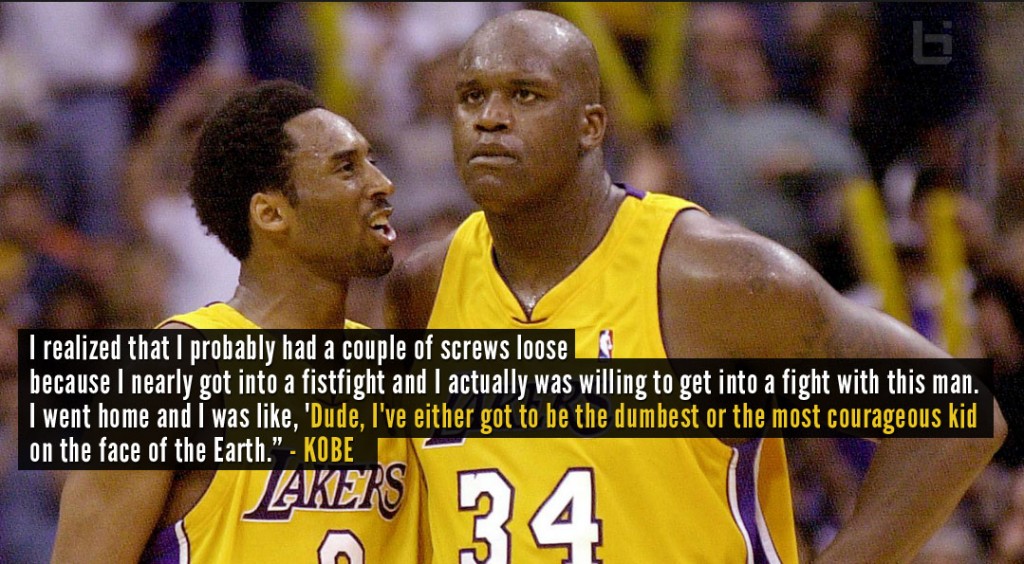