During Kobe’s most likely last game at MSG on Sunday, he had an entertaining exchange with Spike Lee – director of ‘Kobe Doin’ Work’ and the upcoming ‘Chi-Raq’- and said the Knicks triangle offense “ain’t no fucking triangle offense. It’s a square.”

Square, triangle, circle or whatever Carmelo Anthony wants to call it, it was good enough to beat the Lakers.

After the game when asked about his exchange with Lee, Kobe said it was just the “usual stuff.” 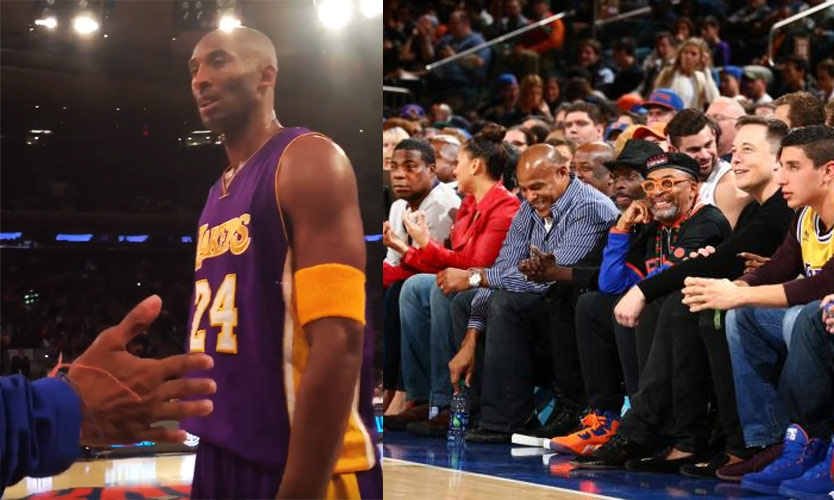 Click here to watch video of Kobe’s 18 point performance as well as his Top Performances Ever at MSG.